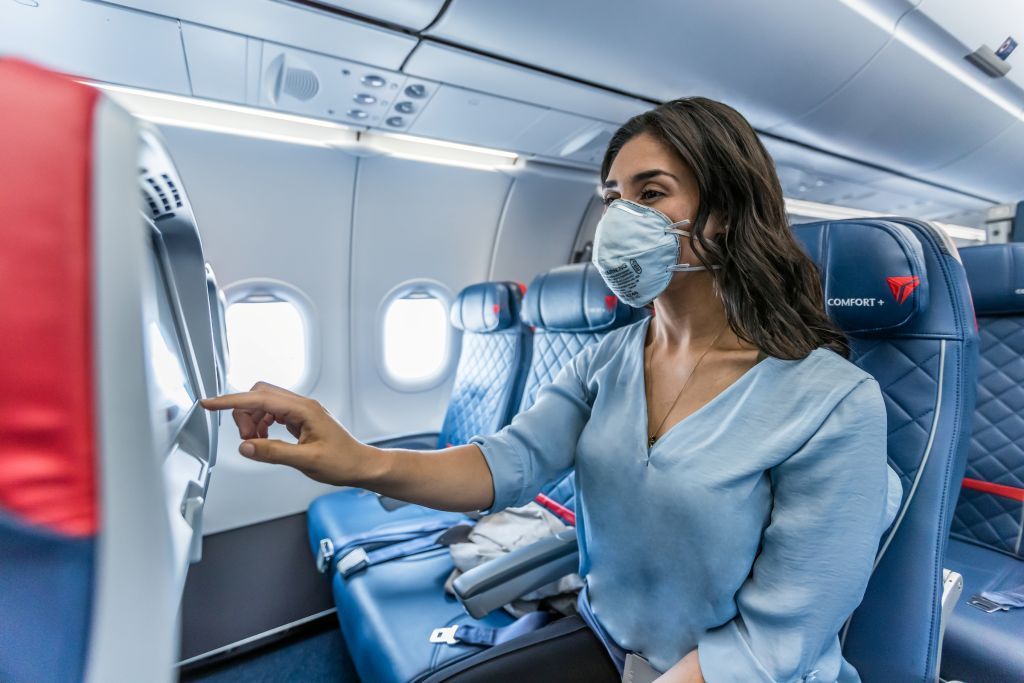 “From the moment a customer steps on board, we want them to have an amazing experience and great entertainment options are a key part of that,” said Ekrem Dimbiloglu, Director of Brand Experience – In-Flight Entertainment & Wi-Fi.

“Over the last several months, our team has been chasing down the very best movies and shows for customers to enjoy on their next flight, and we can’t wait for them to sit back, settle in and enjoy what we have curated.”

The new content, which began loading in January, will mark Delta’s first refresh since the COVID-19 pandemic forced the airline to pause new content loads in April 2020.

Among the more than 300 new items that customers can now check out from the comfort of their own personal theater at 30,000 feet are 89 new films, including 30 new releases from the past year, such as “Tenet,” ”Mulan,” “The Invisible Man,” and ”The Call of the Wild.”

Seatbacks will also feature new premium series, including hits like HBO’s “The Undoing” and “The Third Day” and Hulu Original “Little Fires Everywhere.” Customers can also take in episodes of favorite Hulu shows, including new episodes and two new films available like “The Handmaid’s Tale,” “Wu-Tang: An American Saga,” “Taste the Nation with Padma Lakshmi,” and “Palm Springs.” They can also enjoy more than 40 titles across a variety of original series and specials featured in an HBO channel onboard.

Delta also will spotlight two new collections to celebrate Black History Month. Among them are must-see documentaries from Black filmmakers that offer viewers a deeper understanding of the Black experience. From honoring John Lewis' legacy through director Dawn Porter’s new documentary “John Lewis: Good Trouble,” (released by Magnolia Pictures and Participant in the U.S.) to a collection of films and interviews centered on lawyer and founder of Equal Justice Initiative Bryan Stevenson's achievements, Delta is putting advocates in the fight for justice front and center. Stevenson visited the airline’s headquarters multiple times in the last year to talk about his experiences; he also attended a Delta-hosted private screening of his film “Just Mercy,” one of the films available to view on Delta Studio starting this month.

Through these films, the airline is highlighting its connection with its hometown and birth place of civil rights: Atlanta.

“We will forever be grateful to the leaders who have helped us build deep and lasting connections with Atlanta,” said Tad Hutcheson – Managing Director of Community Engagement.

“The films we are highlighting over the next month are a tribute to those friendships and remind us of the power of community.”

Among those featured is “MAYNARD,” a film which documents how Maynard Holbrook Jackson, Jr. built Hartsfield-Jackson Atlanta International Airport, establishing the city as a global transit hub and creating jobs and economic opportunities for minority-owned businesses in the City.

Customers also have the opportunity to view “Building Atlanta: The Story of Herman J Russell” – a documentary about the life and legacy of a transformational business leader and the founder of one of the country’s largest Black-owned construction companies, H.J. Russell & Co. The story shares how he came from humble beginnings in the segregated South and built two businesses there, all while he simultaneously helped integrate the multicultural workforce in Atlanta. H.J. Russell & Co. was part of a joint venture, Holder-Russell, that was instrumental in building Delta’s global headquarters in Atlanta in the late 1970s. The joint venture has been responsible for managing renovations Delta’s headquarters for over 30 years.

As a part of Delta’s culture of inclusion, content was curated in partnership with BOLD, Delta’s internal business resource group that serves as a consultant to the business to provide key insights on decisions particularly related to the Black community. Films and series highlighted in the curated collection during Black History Month include:

Doubling-down on our commitment to seatback entertainment

Delta’s focus on offering great in-flight entertainment is strengthened by its industry-leading commitment to add seatback screens across its fleet. The airline’s entire mainline fleet, excluding 717 aircraft, are now equipped with seatback entertainment.

Whether you want to catch up on a movie you missed last year or stay connected with family and friends on the ground with free text messaging, Delta has you covered.