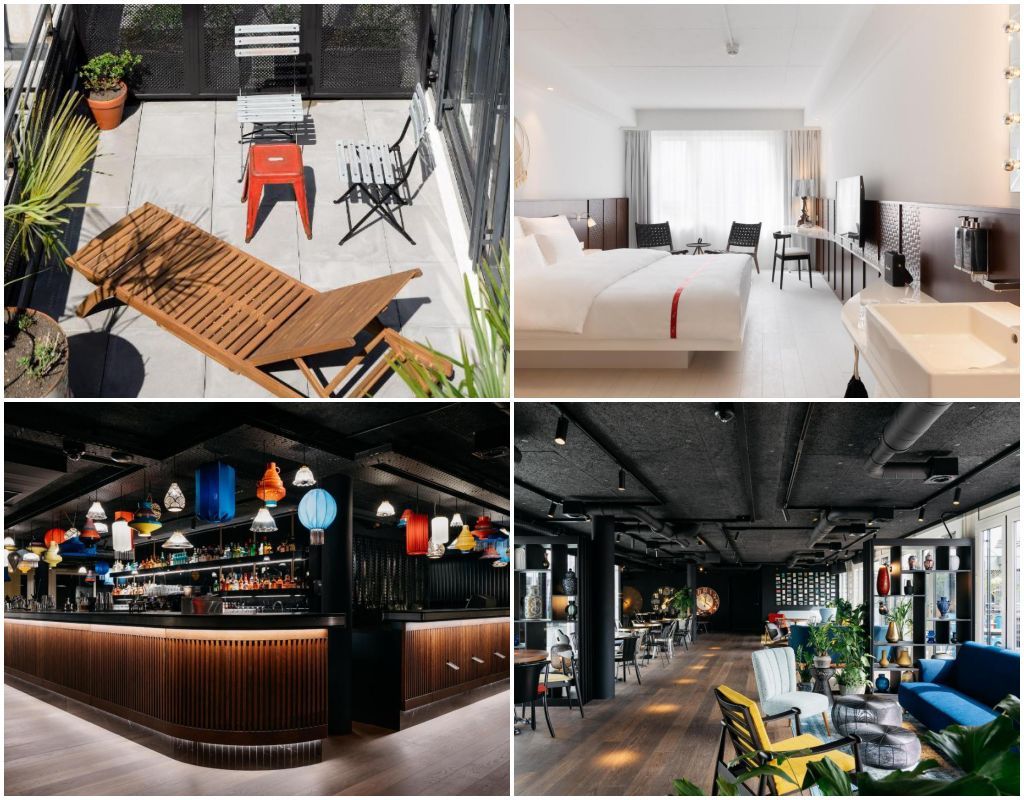 The Munich-based group recently opened its first hotel in Geneva, Ruby Claire. It is the group's second hotel in Switzerland, following the opening of the Ruby Mimi Hotel in Zurich last fall.

Located in the heart of Geneva's old town, the design hotel features 211 rooms, two rooftop terraces and a 24/7 bar.

Since April 18th, the newest design hotel of the Munich-based Ruby Group, led by founder and CEO Michael Struck, has been taking its guests on a journey around the world. The 211 rooms of Ruby Claire extend over six floors, at 4,200 square metres above the Passage Malbuisson, between Rue du Rhône and Rue du Marché. For the first time ever, Ruby has combined three buildings, which were built between 1900 - 1993 and previously used as office space.

The design of Ruby Claire is inspired by Geneva's significant historical role in the cooperation of peoples, with more than 100 international organisations based there, including one of the four United Nations headquarters. The hotel reflects the richness of world cultures throughout the hotel, such as in the form of diverse pottery and weaving elements in the hotel's public areas.

The 24/7 bar on the seventh floor is decorated with countless lamps and lanterns of different styles. Two rooftop terraces surround the lounge, providing a tranquil green oasis above the hustle and bustle of the pedestrian mall in the middle of Geneva’s old town.

The hotel is located right in the city centre, in the heart of Rive Gauche, the oldest district of Geneva. From there, you can reach all the city's major sights and attractions on foot, as well as Lake Geneva and Geneva's main train station, from which you can reach the city airport in 15 minutes.

The second hotel in Switzerland also follows Ruby's Lean Luxury philosophy: a location in the heart of the city, top design, and high-quality amenities with the essentials. And it does so affordably by consistently dispensing with the superfluous and non-essentials. The rooms of Ruby Claire also feature the open washstand, the glass rain shower, fresh white walls, and wall panelling made of cherry wood. A unique design element is the macramé above the bed.

The Ruby Claire Hotel will be managed by Nicolas Sabatier. Born in Corsica and raised in Tahiti, he brings an international background and extensive experience in the Geneva market. He previously worked for SV Group, Le Richemond and Manotel Hotel Group, among others.

"There are many 5-star hotels in Geneva, but so far no real lifestyle hotel. I am therefore pleased that we are now closing this niche with the Ruby Claire, and see us as a game changer," says Nicolas Sabatier.