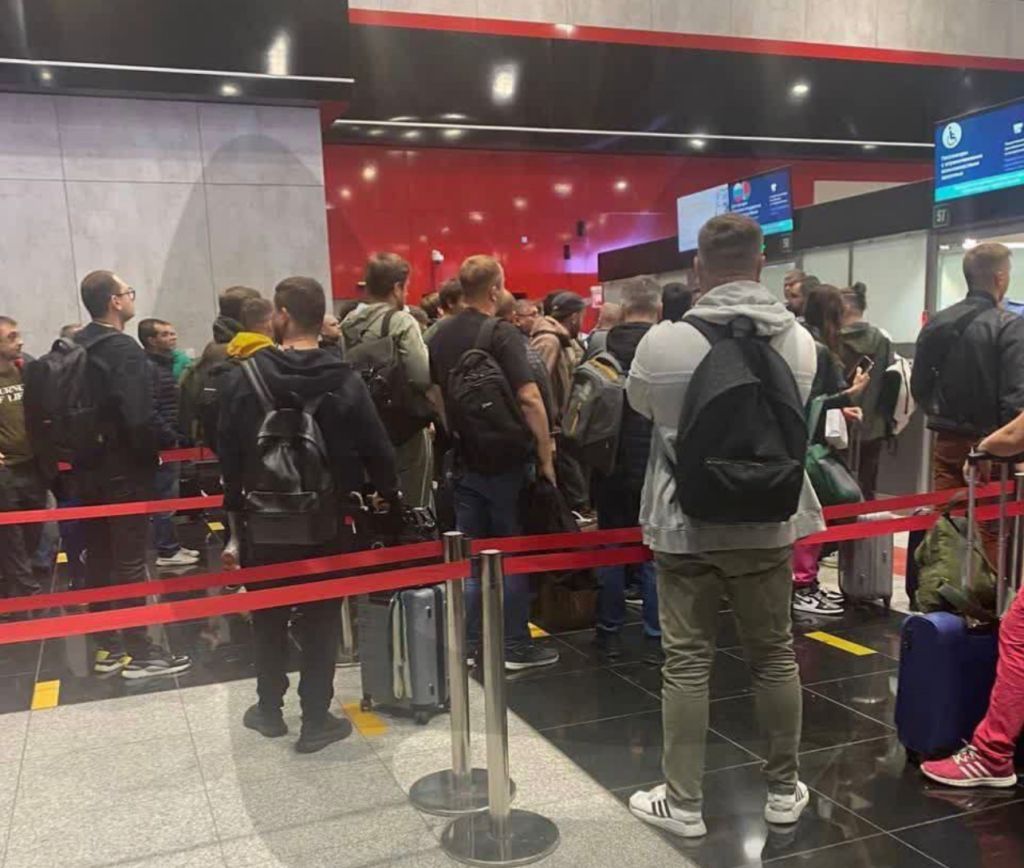 On September 21, Russian President Vladimir Putin declared a partial mobilization in Russia, which will affect about 300,000 men aged between 18 and 50.

There are no tickets left for the next direct flights to neighboring visa-free countries, which include Armenia, Azerbaijan, Türkiye, Uzbekistan and Kazakhstan, till the end of the week, follows to the data on websites of airlines and ticket aggregators.

Tickets on the websites of air carriers of Aeroflot and Turkish Airlines on later dates start at prices exceeding 1,000 dollars.

Commenting on the fears that the male population, fit for military service, will be banned from leaving Russia, the head of Russia's Federal Tourism Agency, Zarina Doguzova, said in a statement on Thursday that additional restrictions on travel abroad for Russian citizens were not introduced.

She urged the Russians to wait for "appropriate official explanations" about travels abroad for people, who potentially may be mobilized, adding that the agency had already requested clarifying information.
For his part, Kremlin spokesman Dmitry Peskov said information about the "boom" at airports is "greatly exaggerated."

"A lot of fake information appears in this regard," he warned, urging "to be very attentive in order not to become victims of false information on this subject."

Asked if borders will be closed for people who have to report to military service, Peskov said the regional officials are given the authority "to ensure the conscription of citizens for military service on mobilization under terms determined by the Ministry of Defense."

Meanwhile, the Russian law on mobilization prohibits "departure from the place of residence without the permission of military commissariats to all persons who are on military registration."