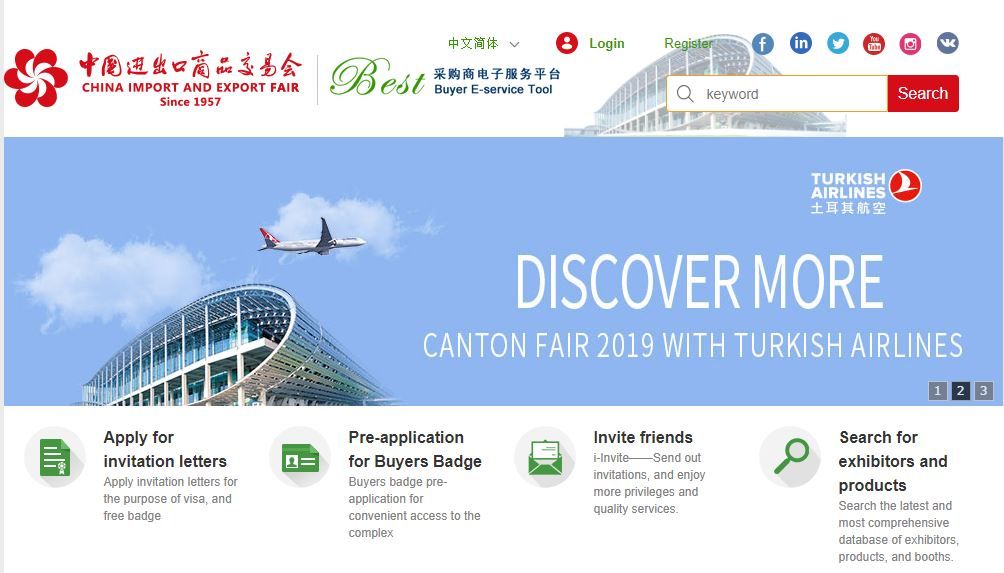 The 126th China Import and Export Fair (Canton Fair) launched an official partnership with China Southern Airlines and Turkish Airlines. The flight partnership will provide cost-effective flight offerings to buyers from across the world.

Under an expanded partnership, the new promotional campaign will cover North America, Middle East, Europe, Oceania, and Asia. Travelers flying China Southern Airlines will be entitled to an 8 percent discount on first class, business class, premium economy and economy tickets flying to Guangzhou. Turkish Airlines passengers will be given a 10 percent discount on business class and 5 percent on the economy.

"Our long and solid partnership with airline companies such as China Southern Airlines and Turkish Airlines not only give benefits to buyers who have built an already flourishing commercial relationship with us but also welcomes new buyers from the Belt and Road areas, to discover the emerging business opportunities and production capability of China, "said Alan Liu, Deputy Director-General of the Foreign Affairs Office at Canton Fair.

“This spring, we have received 195,454 buyers from 213 countries and regions. Through all these promotions, we are expecting all our partners to join us to build up a global trade network.”

A significant platform for domestic and international business, Canton Fair’s last exhibition saw a turnover of USD 29.73 billion with BRI countries generating USD 10.63 billion in export volume to the 64 states, up by 9.9 percent. 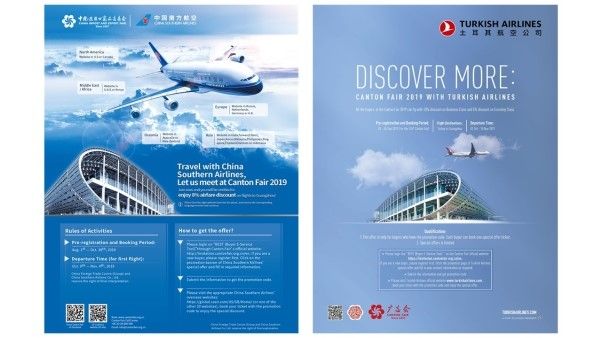 For more information on exclusive travel deals, booking tickets to the Fair or finding out more information on the airline partnership, please login to the "BEST (Buyer E-Service Tool)" on the Canton Fair official website invitation.cantonfair.org.cn.