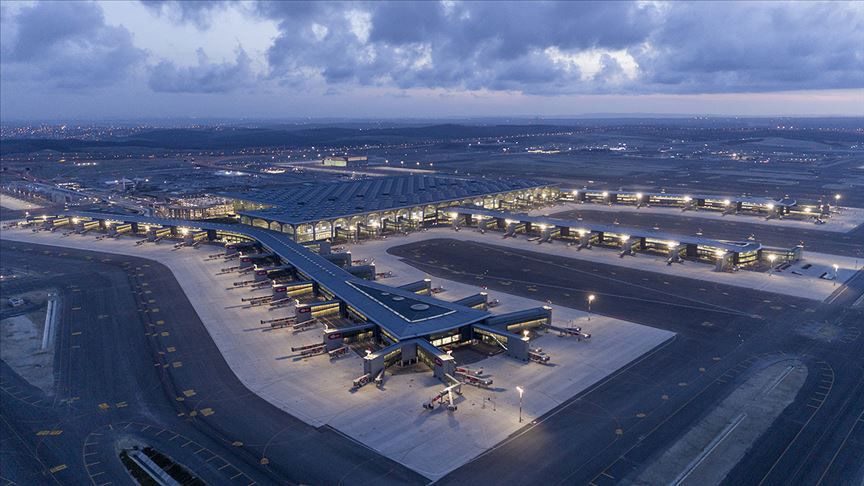 Several international and domestic flights from Istanbul's new airport were canceled and an airplane skidded off the runway at Istanbul’s second airport; Sabiha Gökçen.

After weather conditions made takeoff and landing impossible in Istanbul, several flights canceled on Monday and today and a series of flights to Istanbul from various international airports have been forced to land in Çorlu airport, 60 miles west of Istanbul airport.

As experts have already informed earlier that the airport’s location on the Black Sea coast could leave it liable to severe problems due to weather conditions in the area, travelers already started to experience it as several flights were canceled due to heavy rain and storm in the last 72 hours.

Pegasus Airlines Boeing 737-800 passenger plane, which performs Sharjah-Istanbul flight, skid off the runway while landing today. According to reports, the plane skidded off the runway due to heavy winds and passengers were evacuated through emergency exit doors.

After the accident at Sabiha Gökçen Airport, there were disruptions in the landing of other aircraft. Many airplanes pass through airstrip. Some were directed to the surrounding airports.