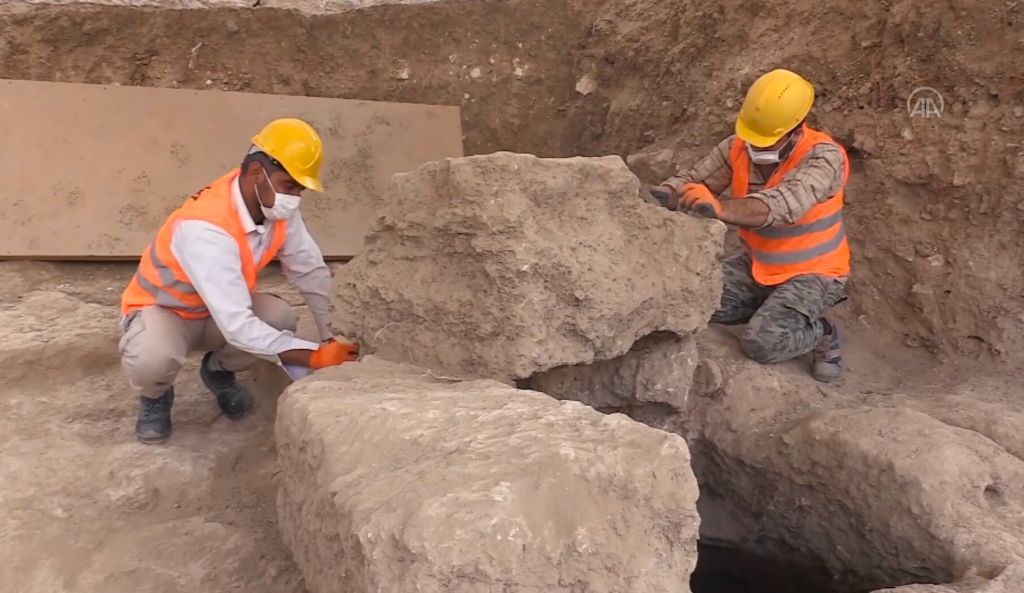 Numerous artifacts belonging to the ancient era have been unearthed in an ancient underground city which includes sanctuary, storage, water wells and passages with tunnels in the Midyat district of Mardin province, southeastern Turkiye.

Midyat, an open-air museum with its history and culture, offers a visual feast to its visitors with its thousands of years old stone houses, inns, mosques, churches and monasteries.

Midyat Mayor Veysi Sahin told Anadolu Agency (AA) that the excavation work started in a cave which was found within the scope of a project started two years ago for cleaning and conservation of the historical streets and houses.

But teams found out that the cave is a passage to different places with corridors, and excavation works were launched to reveal the underground city.

Sahin stated that the underground city, where ancient and medieval structures are located, will crown Midyat.

Mardin Museum Director and Head of Excavation Gani Tarkan stated that a cave was discovered.

"There was a tunnel that was opened. The length of the tunnel is now 100 meters. We passed through the tunnel to different places. 49 rooms were found such as church, synagogue. A few of them may be sanctuary. There are storages and water wells in these places. We see some decorations on the walls. Historical artifacts are found," Tarkan said.

"Matiate has been used uninterruptedly for 1,900 years. It was first built as a hiding place or escape area," he said, explaining that Christianity was not an official religion in the second century. Families and groups who accepted Christianity generally took shelter in underground cities to escape the persecution of Rome or formed an underground city.

Tarkan also said they have only excavated three percent of the underground city, adding that When all of it is revealed, this will truly be an underground city that will make a worldwide impact."

He stated that there are similar underground ancients sites in Franse and Italy which were built as catacombs, and they are much smaller than Matiate.