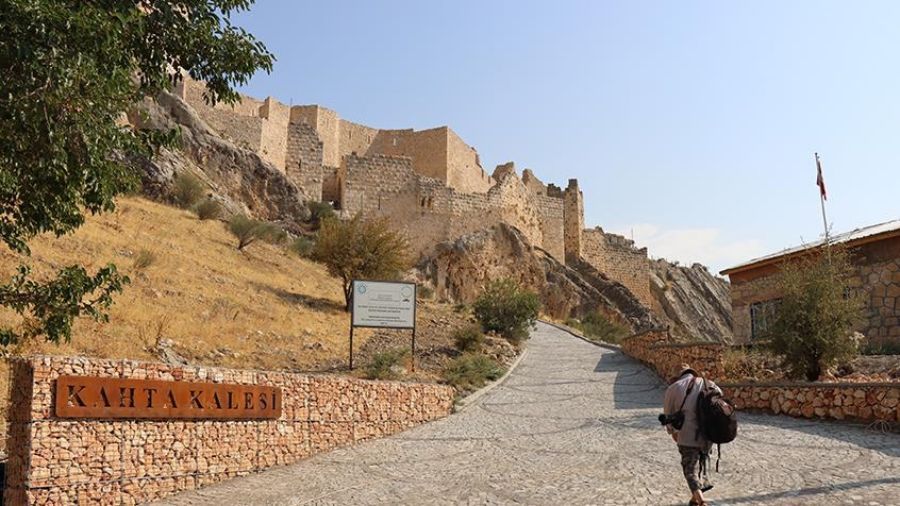 The ancient Kahta Castle in Türkiye’s southeastern Adiyaman province dating back to the Commagene period has opened its doors to visitors after 17 years.

Built by the Commagene civilization, Kahta Castle fascinates visitors with its bazaar, mosque, dungeon, and waterways.

Bearing traces of three important civilizations on the route to Mount Nemrut, the castle was closed to visitors in 2005 for security reasons. The restoration work in the castle has been completed in three stages.

“Kahta Castle underwent a long period of restoration. As part of a project, Revitalization of the Tourism Sector in Adiyaman, a glass terrace was built inside the castle, and security strips of the walkways were completed. It is now waiting for visitors,” Mahmut Cuhadar, governor of Adiyaman, told Anadolu Agency.

“Kahta Castle is one of the best preserved historical castles in Türkiye. The castle is worth seeing. Our visitors will not regret it, we welcome domestic and foreign tourists here,” Cuhadar added.

Stressing that Adiyaman is a hidden paradise in tourism, he said the city has touristic potential with its various underground and overground resources.

Museum Director Mehmet Alkan said the castle has a magnificent appearance with its bastions, inner palace structure, a prayer room, and a dungeon.

“We have taken all security measures. We are waiting for our local and foreign visitors here,” Alkan said.

Susanne Kalla, a visitor from Austria, said she could not visit the castle three years ago because it was closed to visitors.

“I am one of the luckiest people in the world to see this magnificent castle … I have seen many castles, but this place is very well preserved, I was very impressed,” she said.

A French visitor, Emmanuel Juste, said he is a travel guide in his hometown and would add his impressions of the castle to his travel book and update it.

Mount Nemrut in Adiyaman province also houses the mausoleum of Antiochus I (69-34 BC), who reigned over Commagene, a kingdom founded north of Syria and the Euphrates after the collapse of Alexander's empire.

“It is one of the most ambitious constructions of the Hellenistic period,” according to UNESCO.