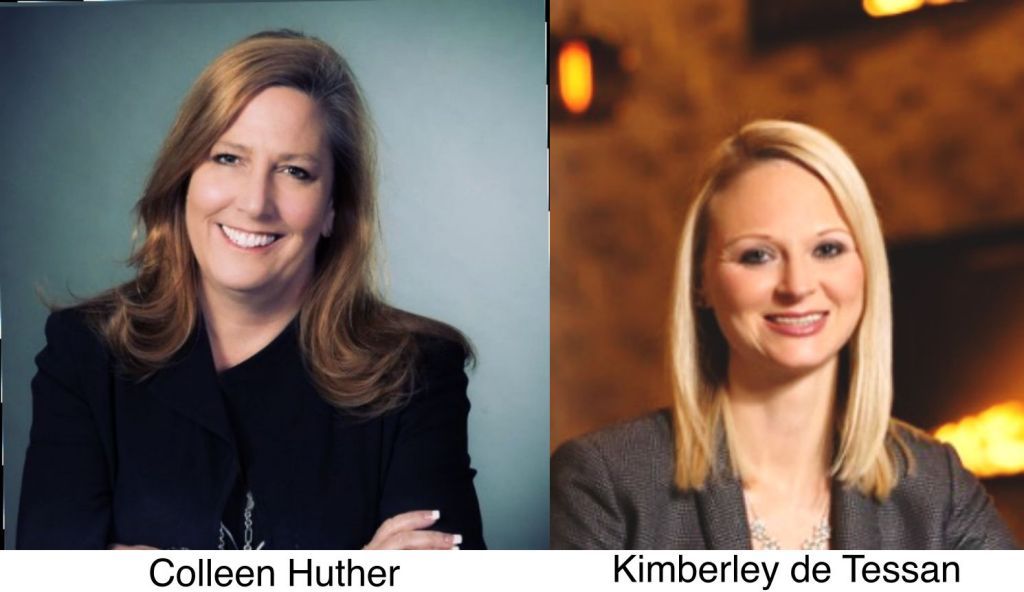 Hyatt Centric Downtown Denver, which is expected to open later this month, announced the appointment of its General Manager and Director of Sales and Marketing.

As the hotel’s director of sales and marketing, Kimberley de Tessan joins the team following extensive experience with Hyatt properties, and most recently, her role as Director of Events for Grand Hyatt Denver.

Huther shares, “I am thrilled to be part of the team bringing this beautiful asset to downtown Denver. The property will bring several unique features to the market, including our 2,500-square-foot rooftop meeting space boasting floor-to-ceiling window views of Downtown Denver and our signature ground-floor restaurant, Apple Blossom. Helmed by beloved Denver restaurateurs, Paul and Aileen Reilly of Beast + Bottle and Coperta, Apple Blossom will be Denver’s newest chef-driven concept, and sure be a hit among locals and travelers alike. My family and I are naturally drawn to Denver after years of vacationing here, so much so, that my three children chose to put roots down in the city as well.”

“True to the Hyatt Centric brand, which is known for embracing the culture of city in which it resides, we have thoughtfully curated our food and beverage, music and artwork offerings to reflect Denver’s vibrant culture,” de Tessan shares. “We want to ensure our guests experience the city through the lens of a local, while creating share worthy experiences along the way.”

Huther’s love for hospitality started at age 15 at a small resort in Pennsylvania where she took on any job she was tasked with, from server to landscaper. Shortly after graduating from Indiana University of Pennsylvania, she quickly moved up in the ranks where her strong work ethic guided her through various sales and marketing roles at Grand Heritage Hotels, until her promotion to general manager of Thayer Lodging Group’s Annapolis Waterfront Hotel in 1994. That role culminated in her appointment as Vice President of Asset Management where she oversaw eleven full and select service hotels and received recognition as an award-winning top revenue producer. Huther then moved to Southern California, where she served as general manager for several hotels including Embassy Suites Mandalay Beach Resort, Hilton Santa Clara and Hilton Checkers Los Angeles.

Huther received the Marriot Mustang Award for excellent leadership as general manager of Annapolis Marriott Waterfront when Hurricane Isabel struck in 2003. With water up to her waist and a Naval reunion group on property, she led a team to keep the hotel open without a third floor. Her team managed to move the restaurant up to the second floor where they candidly called it “Hurricane Cafe.”

About Kimberley de Tessan, Director of Sales and Marketing

After graduating from University of Richmond’s Robins School of Business with a degree in marketing, de Tessan launched her hospitality career at Hyatt Regency New Brunswick in events. She quickly moved up the ranks, relocating to New York and assuming her role as event sales manager at Grand Hyatt New York in 2007. That role culminated in her 2011 move to Denver where she worked for Hyatt Regency Denver as associate director of events before her most recent role, director of events for Grand Hyatt Denver.

Following a successful year at Grand Hyatt Denver, de Tessan was honored as Hyatt Hotels 2019 Director of the Year after achieving 109% of the event sales yearly quota and exceeding customer service goals. de Tessan believes in authenticity, approaching each day with curiosity, and embracing innovative ideas. She leads a thriving sales team and creates a culture that fosters honest connections, a winning spirit, and a core value of fun