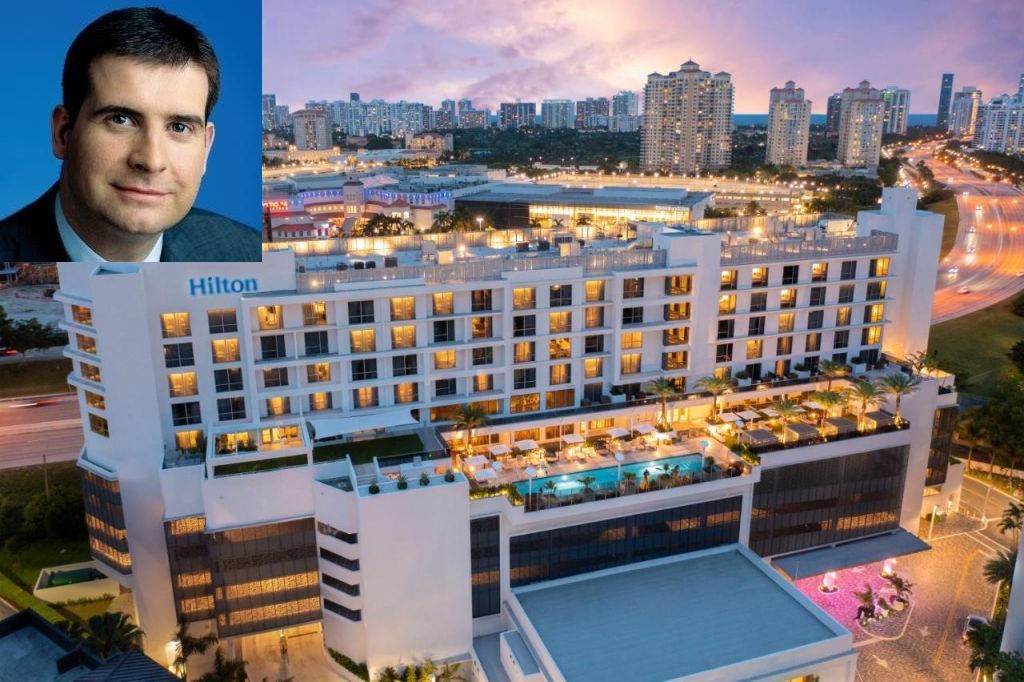 Hilton Aventura Miami is starting off the year with a new General Manager at the helm.

Working alongside the property’s world-class team, efforts will focus on furthering the hotel’s positioning as a premiere choice for leisure travelers and corporate group business given its location between Miami and Ft. Lauderdale’s major airports and proximity to South Florida’s most famous event venues and attractions, coupled with its extensive meeting and event space.

“Hilton Aventura Miami has so much to offer and a great story to tell. From its striking culinary concepts to its art-infused design, I’m fortunate to be able to join the team now with so much opportunity on the horizon,” Brady commented.

“There’s already an excellent team in place, positive ownership and management support, and I’m looking forward to jumping in to lead and enhance what is already a wonderful operation.”

With an impressive track record of successful leadership roles that span more than two decades, Brady, born and raised in Ireland, began his career in Dublin – first in banquets and then quickly moving into management positions. Drawn to the hospitality industry in the U.S., he spent a combined three years at the New Brunswick Hilton in New Jersey and later at the New York Hilton and Towers, before returning to Dublin where his leadership skills briefly took him into politics. He was the youngest person elected a member of Dublin City Council and at 30 years old became Lord Mayor of Dublin. Ultimately, he returned to his first love, hotels, and moved on to various general manager roles at luxury properties in Ireland, including the Roganstown Golf & Country Club, the Avon Ri Lakeshore Resort and Adventure Center, and the $22 million Euro-sports and leisure complex, Parnell’s Football Club.

Brady moved back to the U.S. in 2012 and re-joined the Hilton brand as the General Manager of Empyrean Club Hilton Virginia Beach Oceanfront, where he managed and delivered an excess revenue of over $3 million, and increased guest satisfaction scores and quality assurance. Most recently, Brady spent the last six years as the General Manager and Project Manager of Bonaventure Resort and Spa in Weston, Florida, overseeing its 501 rooms, four diamond steakhouse, expansive spa, fitness and conference space, as well as consulting on the redevelopment and management of South Beach’s iconic Tides Hotel in Miami.

“We’re thrilled to have Royston return to the Hilton brand and join Hilton Aventura Miami at a pivotal time for the property’s growth,” says Plato Ghinos, President of Shaner Hotels.

“We have no doubt that under his impassioned and innovative leadership the new property will stand-out in the market for its exceptional service, cuisine, amenities, and unbeatable location.”