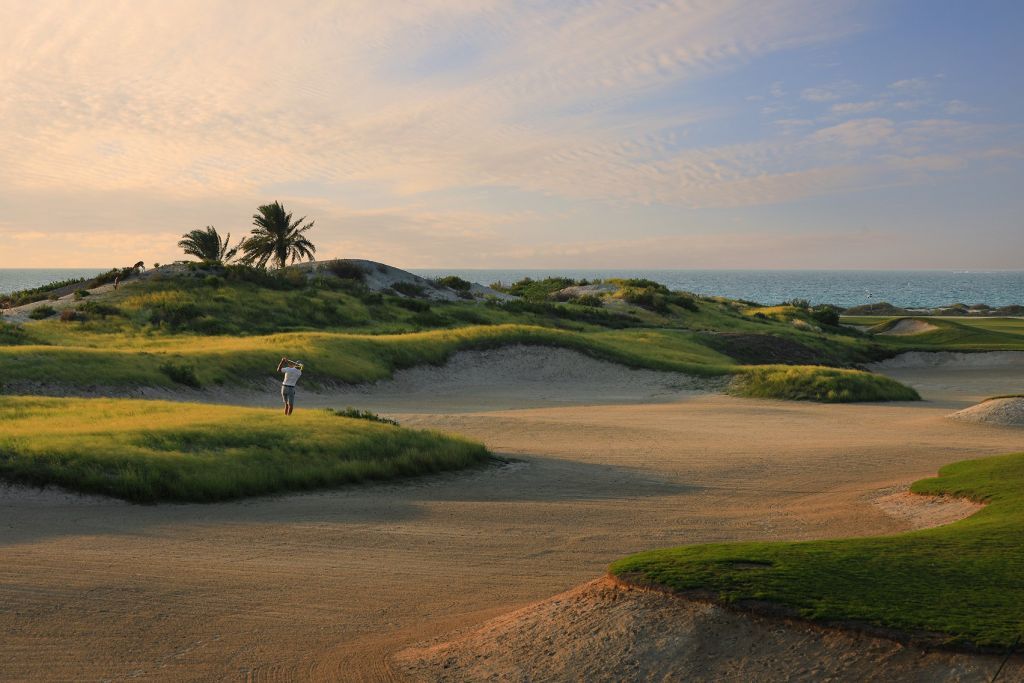 One amateur golfer will take up a spot at the 2022 Abu Dhabi HSBC Championship next January, a Rolex Series event, following confirmation from Saadiyat Beach Golf Club and the Abu Dhabi Sports Council (ADSC).

The spot will go to the tournament champion from the Abu Dhabi Amateur Championship, which is being hosted at the Gary Player masterpiece and Ladies European Tour host venue, Saadiyat Beach Golf Club, from 13th to 16th December 2021.

The announcement comes as Troon Abu Dhabi prepares for a busy season of golf ahead, which includes major Tour and Tourism events, as their world-renowned venues continue to drive their reputations as a world-class golf destination. This includes the news that the 2022 Abu Dhabi HSBC Championship will be staged at Yas Links Abu Dhabi for the first time, moving from its traditional base at Abu Dhabi Golf Club.

The Abu Dhabi Amateur Championship has enjoyed widespread success over the years. Particularly the 2019 event at Saadiyat Beach Golf Club, where amateur and UAE resident Josh Hill secured victory with a thrilling one-shot victory to secure qualification for the Abu Dhabi HSBC Championship at just 15 years old, making him the youngest ever participant in the event.

This year’s Abu Dhabi Amateur Championship is set to be bigger and better than ever before, with the action set to take place over three days, with participants competing in an Individual Strokeplay format over 54-holes. Amateur scratch golfers from all over the world will be invited to Abu Dhabi to compete for not only the title but also the chance to earn valuable WAGR points.

H.E. Aref Hamad Al Awani, General Secretary of Abu Dhabi Sports Council, said: “It’s great to see the return of the Abu Dhabi Amateur Championship for what will be another hugely exciting prospect for amateur golfers to earn the exciting opportunity to qualify for the Abu Dhabi HSBC Championship and test themselves against the world’s very best players. At Abu Dhabi Sports Council we are always looking to grow and develop our resident amateur golfers, and tournaments such as these allow them to test themselves against the very best players. Hopefully, we’ll see a UAE resident come through in December and take their place at next year’s Championship, generating more interest in the game locally."

Returning to Abu Dhabi from 20th to 23rd January 2022, the Abu Dhabi HSBC Championship, will be the 17th edition of the tournament and the first of back-to-back Rolex Series events on the European Tour’s new ground-breaking five-week Middle East Swing. As the largest event on the Abu Dhabi annual golfing calendar, the Championship is one stop on the European Tour that never disappoints the players or the fans. Some of the recent star players include Dustin Johnson, Brooks Koepka, Jordan Spieth, Rickie Fowler (2016 Champion), Tommy Fleetwood (2017 and 2018 Champion) and the 2019 Open Champion, Shane Lowry (2019 Champion), Lee Westwood (2020 Champion) and Tyrell Hatton (2021 Champion).

Commenting on the return of the Abu Dhabi Amateur Championship, Matthew Waters, Group Director of Golf, Saadiyat Beach Golf Club and Yas Links Abu Dhabi, said: “The return of the Abu Dhabi Amateur Championship confirms that golf is officially back in the capital. This tournament will officially kickstart a brilliant schedule of golfing events in Abu Dhabi, which will in turn grow the profile of golf in the region. By offering amateurs the opportunity to earn a prestigious spot at the Abu Dhabi HSBC Championship will see players from all over the globe travel here to compete, underscoring the fantastic reputation our course here at Saadiyat Beach Golf Club enjoys. Thanks must also go to the Abu Dhabi Sports Council for providing this qualifier spot, further boosting the tournament’s credentials.”