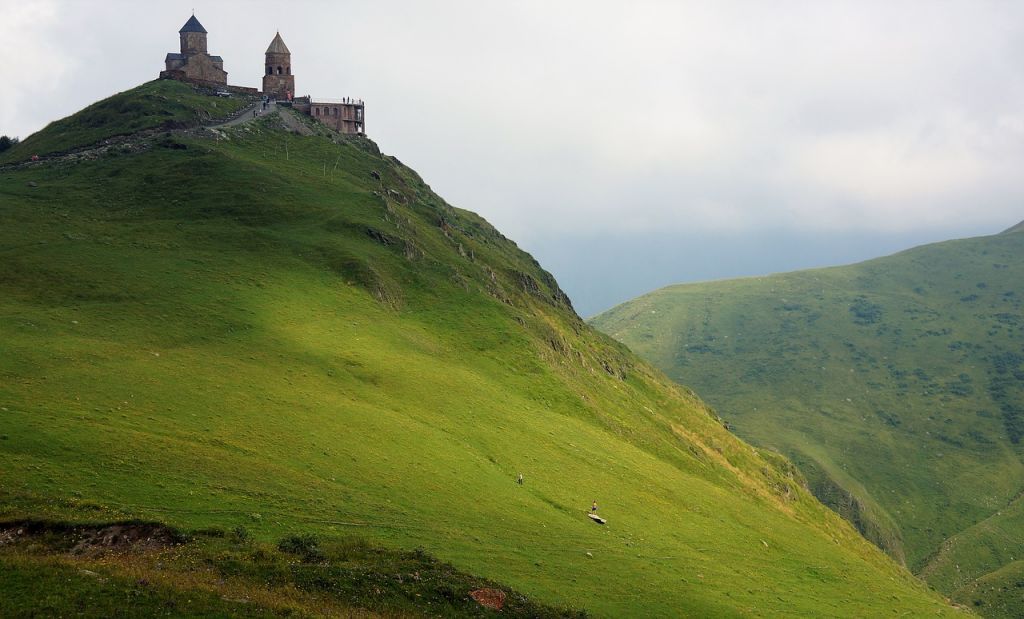 As early as this year Georgia will be the DigitalAdventure & Sustainability Partner of ITB Berlin NOW 2021. As the name suggests, nature and sustainability are the focus of this partnership.

In 2022,as ITB Berlin’s Official Cultural Destination, Georgia will highlight its cultural heritage. The title of Official Host Country will follow in 2023. In cooperation with ITB Berlin, the host country traditionally organizes the Grand Opening Show of ITB Berlin and will be highlighted during the entire trade event.

”Georgia spans a cultural bridge between Europe and Asia and is an absolutely fascinating country, whose wide-ranging tourism attractions awaken the pioneering spirit in travelers in all kinds of ways“, said David Ruetz, Head of ITB Berlin.

”We are delighted that Georgia has entered into such a long-term partnership with us. As a result I am sure we will be able to host our guests with an exceptionally large platform.“

”Even in these times, during and after the Coronavirus pandemic, ITB Berlin continues to be the tourism industry’s most important global platform“, Mrs. Medea Janiashvili, the acting head of Georgians National Tourism Administration added. ”This three-year partnership will massively help to draw attention to our hospitable country among visitors all over the world.“

Georgia is prominently represented as an exhibitor with its own brand card at ITB Berlin NOW 2021 and is also presenting itself at this year's ITB Berlin NOW Convention. On Thursday, 11th of March, the panel “Georgian Living Culture: From Peaks to the Black Sea Coast” will give insights on the countries living culture, expressed by its adventures landscapes, biodiversity, amazing flavors, ancient winemaking traditions, unforgettable local hospitality and many more charming features.

For the very first time, the Eastern European destination will become the Official Host Country of ITB Berlin in 2023. The republic has 3.7 million inhabitants and is popular with visitors due to a wealth of cultural attractions, the variety of architectural styles in the capital Tbilisi, mountain ranges, hillside monasteries, beaches on the Black Sea and the ancient winegrowing region of Kakheti. Around 87 percent of its surface area is mountainous. Shkhara, the country’s highest peak, stands an impressive 5,200 meters high. The country is unique because of the mixture of traditional and modern life. Georgian gastronomy is distinguished by its rich cuisine. It is also the birthplace of wine – counting 8,000 years of unbreakable winemaking traditions.

ITB Berlin NOW will take place from Tuesday, 9 to Friday, 12 March for trade visitors only and as an entirely virtual event. ITB Berlin is the World’s Leading Travel Trade Show. As part of ITB Berlin NOW, the ITB Berlin NOW Convention, the largest travel industry event of its kind, will also take place as a virtual event. The World Tourism Cities Federation (WTCF) is the co-host, Mascontour Track is the sponsor of the ITB Future Track, Google and Lufthansa are track sponsors of the ITB Marketing & Distribution Track, the Federal Ministry for Economic Cooperation and Development (BMZ) is the ITB Sustainability Track partner,  SIO AG is the track sponsor of the eTravel DATA TALKS and Studiosus is the session sponsor. For exhibitors, trade visitors and the media, participation in the ITB Berlin NOW Convention is included in the price of a ticket. Additional information is available at www.itb.com/now