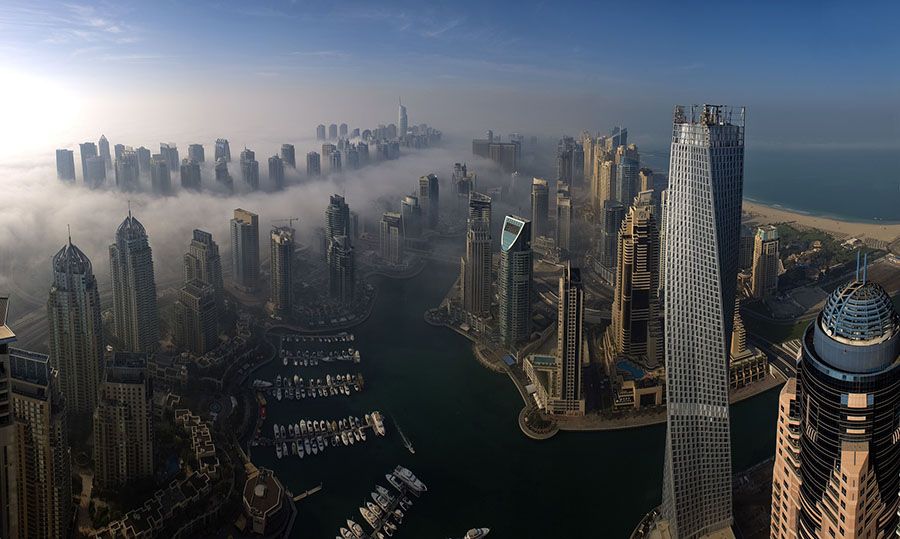 The new figures released by Dubai’s Department of Tourism and Commerce Marketing (Dubai Tourism) reinforce the continued strength of Dubai’s tourism sector as a key driver of economic diversification and a reliable catalyst for GDP acceleration through 2020. The largest traffic generators, as well as newer high-potential segments, have set a strong preparatory pace to fuel Dubai’s climb to becoming the most visited global destination.

Helal Saeed Almarri, Director General, Dubai Tourism commented: “Tourism is one of the cornerstones of Dubai’s diversified economic growth, and we measure success based on our ability to aggressively advance towards our goal to be the number one most visited and most preferred city as envisioned by His Highness Sheikh Mohammed Bin Rashid Al Maktoum, Vice-President and Prime Minister of the UAE and Ruler of Dubai. The consequent rise in value creation opportunities and more inclusive sector participation are core priorities, as we equally strive to sustainably grow GDP contribution. Our first-half results are a particularly encouraging reflection of our progress towards this ambition and underline the effectiveness of our diversified market outreach with holistic ‘awareness to booking’ cycle content amplification and audience delivery, through a deeply networked ecosystem of global partners, industry stakeholders, and government enablers.”

India once again led the pack, drawing the highest half-year volumes with 997,000 visitors – particularly noteworthy given the severe air traffic and seat capacity challenges due to geopolitical volatilities. Dubai continued to drive booking interest from Indians on a mass scale largely due to high-impact delivery of segment and season-specific campaigns across the most accessible Tier-1 and Tier-2 cities. From focused ‘family’ or ‘couple’ oriented promotions to the Bollywood megastar Shah Rukh Khan-led global #BeMyGuest campaign, the Department’s investments yielded strong returns, with the latter alone surpassing all records, logging 160 million views in a short few weeks. Additionally, at an audience penetration level, travel share of Indian families with children rose by a substantial 10 percentage points from 24 to 34 percent, directly reflecting higher GDP impact due to party size and spending potential. With more than 30 in-market trade partnerships initiated in the first half of 2019 alone, Dubai Tourism’s confidence in, and commitment to India is further emphasised by strategic annual collaborations launched with the biggest names in the travel ecosystem – such as Thomas Cook, Cox & Kings and SOTC, as well as OTAs like MakeMyTrip and Goibibo.

Coming in strong as Dubai’s second-largest feeder market once again, the Kingdom of Saudi Arabia (KSA) delivered 755,000 visitors at two percent year-on-year growth over six months with a notable 4.9 percent increase over the Eid break alone – signifying continued stability in Dubai’s attractiveness for Saudi families and millennials. With the GCC as a whole, and KSA (as its lead contributor), being key priorities on Dubai Tourism’s strategic agenda, investments in deepening alliances with the country’s travel ecosystem continued to increase in H1 2019, reflecting the value of such partnerships – particularly via consolidated marketing-promotions-sales programs. In addition to the planned calendar of specialised fam trips for KSA’s top travel agents and tour operators, showcasing the latest and most relevant Dubai offering to help them develop tailor-made itineraries for their audiences, Dubai Tourism entered into a long-term association with the Seera Group, one of the region’s leading providers of travel services in the Middle East and North Africa.

Staying firmly within Dubai’s top three traffic drivers, the UK delivered 586,000 travelers beating all odds against a significantly devalued British Pound (vs. US Dollar), amidst growing political and economic turbulences surrounding Brexit. Contrary to a general dampening in consumer sentiment, Dubai retained high demand from couples – constituting 56 percent of share – and families accounting for 20 percent - collectively up three percentage points from H1 2018. As the two focus segments for Dubai Tourism’s strategy in the UK, the results validate the success of its ‘Always On’ approach leveraging bespoke and seasonal campaigns; advocacy-based content partnerships and localized influencer marketing; and audience-specific trade alliances. One of H1 2019’s highlights included a Red Bull signature ‘Only in Dubai’ collaboration featuring the UK’s very own BMX star Kriss Kyle in action across Dubai’s iconic landmarks – garnering five million views within a week.

With over 501,000 Chinese visitors to Dubai from January to June 2019, the stellar 11 percent year-on-year growth from inarguably the world’s most aggressively sought after consumers are a testament to Dubai Tourism’s successful strategies to maintain high conversion appeal for China’s outbound market. Building on its proven three-pronged approach, 2019 saw Dubai Tourism actively pursue enhancements across all aspects – (i) ‘Direct-to-consumer’ platform-based awareness programs; (ii) Customised trip-planning supplemented by advocacy-driven collaborations; (iii) In-city experience and China Readiness delivery. From Tencent’s entire ecosystem beyond WeChat, covering highly innovative pilots around gaming content, to Alibaba’s suite of technology and digital platforms such as Alipay and Fliggy – investments have ensured the cementing of China as the fourth largest traffic driver for Dubai. Notable successes this year include the launch of the Dubai Mini Assistant, an enhancement of the city-experience Mini Program, one of the applications of WeChat, with 10 new mobile-based digital audio tours to highlight in-city accessibility, local historic sites and cultural landmarks for Chinese netizens. To further elevate Dubai’s status on China’s travel wish list and raise advocacy levels post-visit, the Dubai College of Tourism launched the Chinese Traveller Standards in H1 2019 for tourist-facing staff across city touchpoints to be able to deliver personalized, exceptional Dubai experiences to every Chinese guest.

Following an exceptional resurgence in Dubai travel for 2018, thanks to the visa-on-arrival enablement, growth from Russia leveled to more sustainable levels, as H1 2019’s sixth-largest source market delivered 375,000 visitors to Dubai. Venturing for the first time into a ‘reality TV’ style production, “To Dubai with Love” campaign showcased five celebrity couples mentoring participants, highlighting Dubai as the perfect holiday getaway for young Russian couples. The contest premiered to an overwhelming response and closed with high levels of interest in Dubai, with 60 couples winning invites to celebrate 2019 Valentine’s Day in Dubai. Transitioning seamlessly from ‘romantic getaway’ to ‘family fun’ during Spring break, Dubai Tourism continued its well-entrenched pan-European tactical promotions campaign with adapted messaging tailored to be most relevant for Russian audiences, delivered through a strong trade ecosystem, sophisticated targeting, and specialist amplification channels.

The United States followed in the seventh spot with 329,000 visitors, marginally up from 327,000 visitors in H1 2018, supported by concerted marketing efforts and trade collaborations with five new trade partnerships developed in the first half of 2019, to raise awareness of the destination and promote holiday packages and deals.

Germany’s five per cent growth to deliver 316,000 visitors, and Pakistan’s three per cent growth to yield 253,000 visitors, brought them in at eighth and ninth positions respectively, as the Philippines jumped three ranks into the top 10 finishing a strong first half with 216,000 travelers, reflecting a 29 percent increase that made it the fastest-growing source market for Dubai this year.

A resounding testament to the success of Dubai Tourism’s efforts to permeate newer segments and actively leverage direct connectivity is the collective performance of Western Europe that retained its regional leadership with strong contributions in overnight visitor volumes during H1 2019. Commanding a 21 percent share of arrivals, and in addition to UK and German contributions, 10 percent growth stemmed from France and five percent growth from Italy with the Netherlands and the Nordics adding to net volumes. The GCC and South Asia closely followed, with 18 and 16 percent share of all international visitation to the city respectively. North Asia and South-East Asia accounted for 12 percent to reflect not just China, but also growing consideration for Dubai in newer Eastern territories.

The proximity markets across the MENA region maintained a volume of 10 percent, with Egypt specifically jumping to 13th place recording a 10 percent increase in visitors, while Russia, CIS, and the Eastern Europe region followed with a strong nine percent share of the tourist base. The Americas and Africa at seven and five percent contributions respectively proved the efficacy of market diversification strategies and Dubai’s global appeal. Africa’s strong showing with its nine percent increase in terms of visitor numbers was bolstered by the 28 percent growth from Nigeria as one of the rapidly growing emerging markets pushing into the top 20 bracket for the first time in 2019. Australasia rounded off the regional mix with two percent of the market share, leveraging the appeal of Dubai as a stopover destination for long-haul travelers from this region.