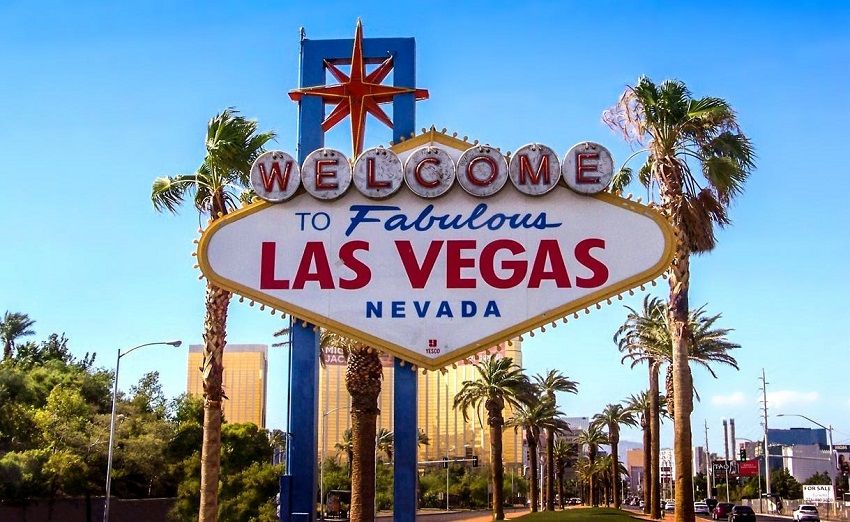 Las Vegas is incredibly popular with tourists, and with so many things to see and do, it’s easy to see why. Nestled in the middle of the Nevada Desert, the city is surrounded by breath-taking scenery and within easy travelling distance of famous landmarks like the Hoover Dam and the Grand Canyon.

But Las Vegas itself is no less spectacular. Within the city limits, visitors can find pretty much everything, from museums to nightclubs, zoos to designer boutiques. But with so much choice, how do you work out what to fit into the finite timescale of a holiday? Well we’ve done the hard work for you and picked out some of the most popular sights to see and things to do. 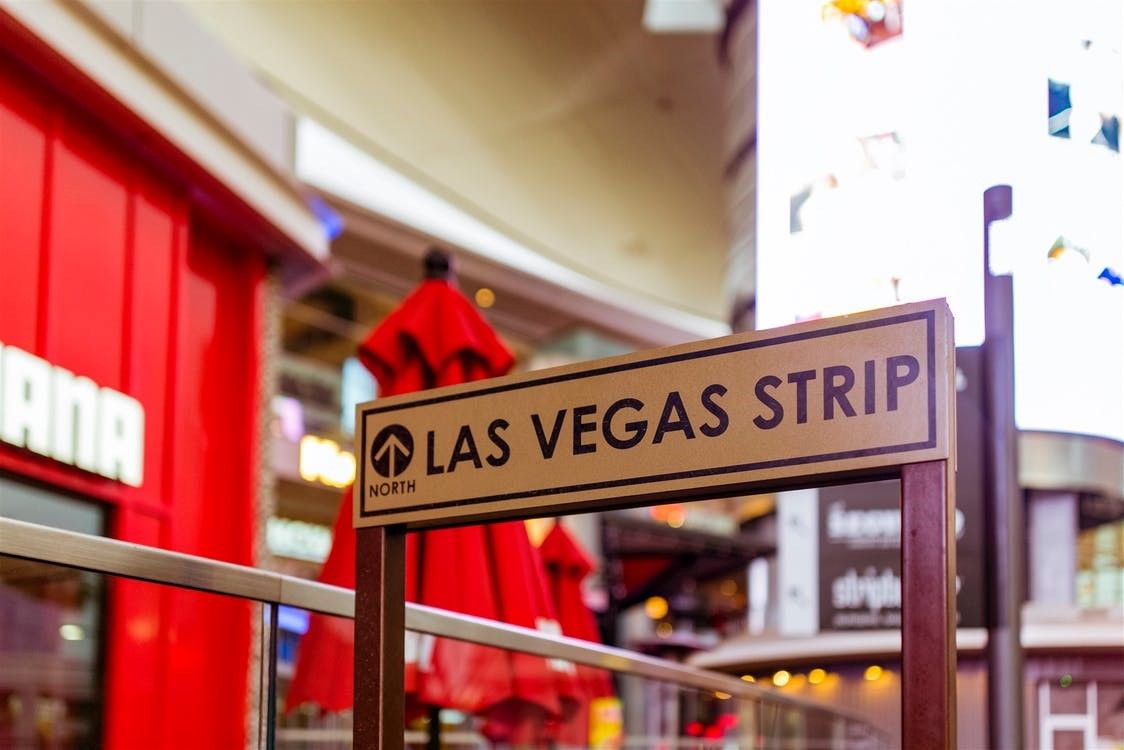 This 2.5-mile-long section of Las Vegas Boulevard is quite possibly the most iconic part of the city. With towering casinos, hotels and entertainment centres jostling for position on both sides of the road it is an impressive sight and a tribute to all the excess that Vegas embodies. You can take an entire day walking from one end to the other, wandering in and out of different venues, taking photos in front of their famous facades and watching the street entertainers as they show off for the tourists.

As a bonus, many of the casinos have timed events which can be seen for free from the pavement. The Mirage has an erupting volcano, the Bellagio has dancing fountains, and Treasure Island is regularly swarmed by pirates. The strip is even more stunning at night when the neon lights light up the sky and transform the concrete city into something truly magical.

Of course, one of the reasons that Las Vegas is so famous is because of the luxurious casinos. Being one of the few states in America where gambling is legal, Vegas draws millions of gambling tourist every year. With so much choice, of both venue and game, you’ve no excuse not to pick up some chips and see where the evening takes you. Many casinos will let you play even if you’re not staying at their hotel, so don’t feel that you are limited to just one venue. If you’re a beginner, you might find your eye drawn by the rows of shining, musical slot machines where you can take a chance at one of the many jackpots without having to spend hours learning all the rules. And if you’re after a more serious evening, there are poker tournaments running every night throughout the casinos. So put on your best tux, grab a martini and settle in for a night of excitement and glamour.

Take to the Skies 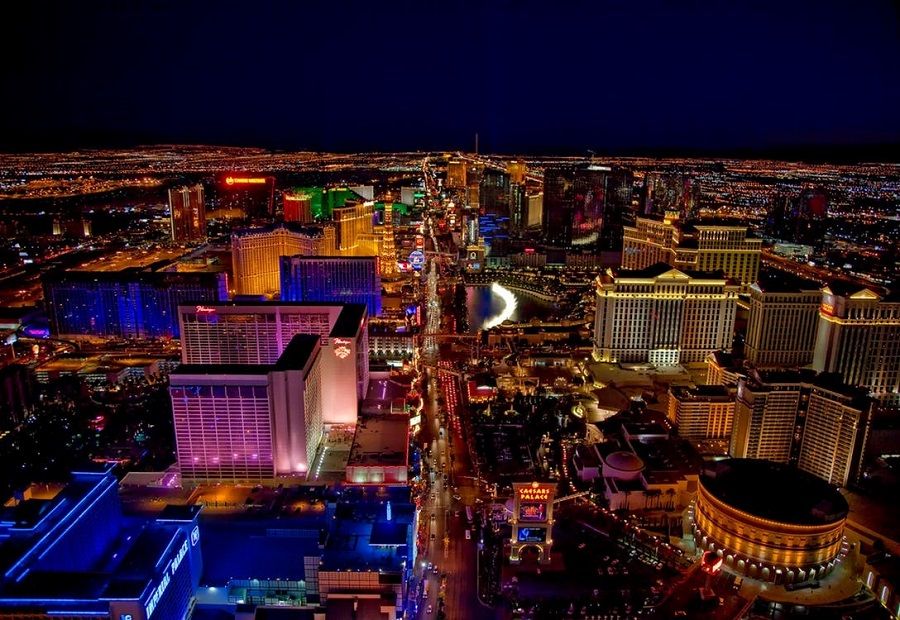 While Las Vegas is fabulous from the ground, you can’t really appreciate the size and spectacle unless you see it from the air. There are many local companies offering to fly you over the city, the surrounding desert, or even as far as the Grand Canyon. Whether you prefer a helicopter or a small plane, an aerial tour is a fantastic way to get a unique view of some of the more famous landmarks. Helicopters will get you closer to the buildings as you swoop over the architectural wonders of New York, New York, Caesar’s Palace and Hotel Paris, giving you a chance to fully appreciate the amazing details of these recreations.

If you prefer something more static, the Stratosphere Tower and the High Roller Ferris wheel also provide wonderful views over the surrounding hotels and casinos, while allowing you to keep your feet firmly planted on solid ground.

A Bit of Nostalgia

Today’s Las Vegas is wonderful, but its history is arguably even more interesting. Whether you’re interested in the glamourous stars who frequented the strip during Hollywood’s golden age, or digging beneath the glitzy surface to the seedy underbelly of mob rule, there’s a museum to feed your curiosity. These are just a couple of our favourites:

Madame Tussaud’s, Wax Museum is filled with the likenesses of classic Vegas regulars like Elvis and Sinatra, right up to modern superstars like Drake and Miley Cyrus. There’s also a hilarious exhibit based on the hit blockbuster movie The Hangover starring Bradley Cooper.

The Mob Museum, housed in the old Courthouse, has a fantastic array of audio-visual exhibits which lift the lid on the role that organised crime played in establishing and running the first casinos in Las Vegas. It also pays tribute to fashion and events of the era, giving you a fully immersive experience.

New York might have been christened ‘The City That Never Sleeps’, but Las Vegas has equal claim to the moniker. When the sun goes down, a whole different world wakes up, including the hundreds of performers that help bring dozens of Las Vegas shows to life. There are six different Cirque du Soleil shows, each with a different theme, big name residencies including Aerosmith, Lady Gaga and Diana Ross, as well as tribute acts, magicians, dance spectacles…you name it, Las Vegas has a show of it somewhere! While ticket prices range from pocket money to triple figures, depending on the prestige of the venue and the act, there are plenty of smaller revues that hold their own against the better known names and won’t be booked up months in advance.