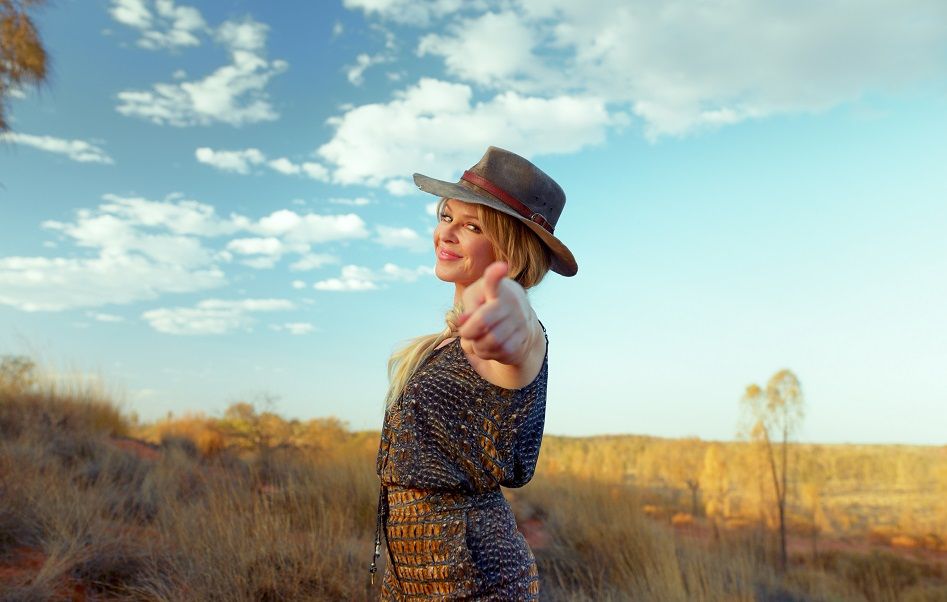 With original lyrics written by Australian singer-songwriter Eddie Perfect and filmed against a backdrop of extraordinary Australian locations, the three-minute ad is part of Tourism Australia’s latest campaign aimed at enticing more Brits Down Under.

The first overseas activation of its recently launched Come Live Our Philausophy campaign, Matesong is the largest investment that Tourism Australia has made in the UK in more than a decade at AUD15 million.

At a time of uncertainty in the UK, Tourism Australia is extending a hand of friendship through a light-hearted, musical tribute from Australia that celebrates the deep and longstanding ties that exist between the two countries.

"Matesong is performed by Kylie Minogue and comedian Adam Hills, who extend the hand of mateship that exists between Brits and Australians with a light-hearted invitation to come Down Under," Australia’s Federal Tourism Minister Simon Birmingham said.

"A three-minute musical tribute, Matesong invites Brits to take a break from all the happenings with the UK and head Down Under to have a cracking time and experience all that Australia has to offer.

"Britain is such an important market for Australia – it’s our fourth largest market with more than 718,000 Brits spending $3.4 billion in Australia over the last year.

"British tourists traditionally stay longer and spend more than other international travellers - on average staying 32 nights in Australia and spending close to $5,000 per trip.  It’s no secret that the UK has been going through a period of uncertainty, and this has had an impact on outbound travel, including to Australia where numbers have dipped in recent months.  It is crucial that we continue to drive growth from this market, both first-timer travellers but also repeat visitors whose familiarity means that they are more likely to want to travel further and deeper into our regions.

"This campaign is about reminding Brits that Australia is a diverse and welcoming destination that still offers all the things that they love about our country, from our white sandy beaches to our native animals and our famous laidback outdoor lifestyle," Minister Birmingham said.

"The Queen’s annual Christmas Day message is a key cultural moment in the UK, with millions tuning in to watch on television and many more online. We also know that January in the northern hemisphere winter is a time when many Brits are thinking about an overseas holiday, providing the perfect opportunity to engage with a captive audience and remind them why they should make that next trip Australia.

"And who better to deliver the message than Kylie Minogue. She embodies so much of what we want to share with the world – our warm, fun and friendly personality. Not only does she have a deep and authentic connection with Australia, but she is a much loved and recognised icon in the UK as well," Ms Harrison said.

Australian singer and actor Kylie Minogue said it was an honour to work alongside Tourism Australia to share Australia with people from her adopted UK home.

"Filming the Matesong music video was literally a dream come true. I've had the opportunity to see parts of the country I haven’t seen before, as well as to go home and revisit places that I know are beautiful.

"I'm such a proud Australian that I’ve spent most of my life travelling around the world sharing my stories of Australia with anyone who would listen, so I kind of feel like a walking tourism advert for Australia already."

Tourism Australia Chief Marketing Officer Susan Coghill said that the Matesong campaign was part of a deliberate move to elevate the strengths of Australia’s people, personality and way of life.

"Our research supports what we in Australia all instinctively know – that the Australian way of life is unique on the world stage and incredibly appealing to people visiting our great country.  It's these strengths that set us apart and which we’ve sought to capture with a campaign delivered in a big media moment and in a creative way we think will resonate in the UK and entice more of our British mates to visit us Down Under," Ms Coghill said.

After the initial airing, the campaign will continue to run on British television and in cinemas, across digital and social platforms, and throughout of home advertising.

The campaign will involve all states and territories and the Australian travel industry and will be extended by a range of commercial and media partners including Singapore Airlines, The Telegraph UK and TripAdvisor.

A series of tailored travel itineraries and inspiring destination information will also be published on Australia.com, supported by a dedicated campaign ‘marketplace’ which will include partner airfares and holiday offers all aimed at converting interest to actual bookings.