Cologne Tourism Announces 2019 as The Best Year Ever 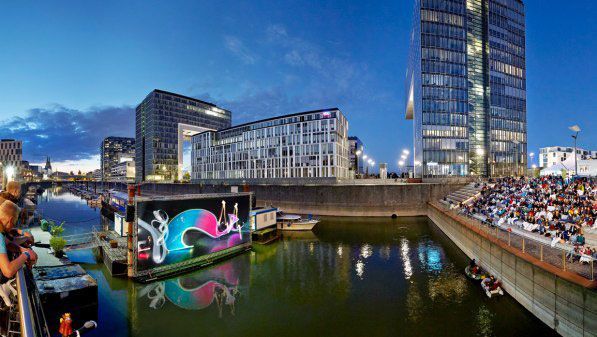 Cologne as a travel destination has achieved another record high in the number of overnight stays.

According to IT.NRW, 3.83 million visitors came to Cologne in the tourism year 2019, representing an increase of 3.4 per cent on the prior year. The accommodation businesses that are obligated to report visitors in Cologne counted a total of 6.58 million overnight stays. This represents an increase of 4.6 percent on the figure for 2018. The number of visitors from abroad rose especially strongly, registering a 5.7 per cent increase of arrivals and a 7.5 per cent increase of overnight stays. Cologne’s meeting market continued to develop positively as well. A total of 53,397 events (+1.2 per cent) with 4.44 million participants (+2.2 per cent) were held in 2019.

Elisabeth Thelen, Chairwoman of the Supervisory Board of the Cologne Tourist Board: “This large number of overnight stays clearly demonstrates how much turnover is generated by travellers every year in the hotel sector alone, especially given that Cologne has Germany’s second-highest average room rate of 118 Euro. Added to this are expenditures in the gastronomy sector, in cultural facilities and in the retail trade. This important cross-sectoral industry also generates about 150 million Euro in public revenue for the city. This makes tourism one of the main pillars of Cologne’s economy.”

Most important source markets for Cologne

Last year, Cologne once again registered a balanced mix of business and leisure travellers as well as a mix of visitors from Germany and those from abroad. There were no changes in the ranking of Cologne’s four most important source markets, but there were some changes in the development of overnight stays. German guests continued to account for the largest number of overnight stays in hotels (4.26 million, +3.1 per cent). In second place were guests from the UK (222,994 overnight stays), Cologne’s most important source market abroad, which dropped by 8.1 per cent due to Brexit. However, this decline was fully offset by a growth in overnight stays from other volume markets, such as the USA (219,094, +8.9 per cent) and the Netherlands (194,834, +8.8 per cent).

“Cologne has a broad and solid footing in the tourism market,” says Josef Sommer, CEO of the Cologne Tourist Board, about the result. Sommer, who will retire at the end of March, can look back on 19 years of destination marketing work for Cologne. He is especially pleased by the fact that the number of overnight stays has more than doubled since 2000 and that the high percentage of visitors from abroad has risen from 34.3 per cent to 35.2 per cent during the same period. As a result, Cologne has, on average, outperformed other comparable German cities with regard to the high percentage of visitors. A long-term examination of the development of tourism in Cologne shows that Brazil is an especially striking example of a source market. “The Confed Cup 2005 and, even more importantly, the FIFA World Cup 2006 were great occasions to visit Cologne, and they led to very effective cooperation between many of the city’s organizations. The coordinated strategic approach to serving this future-oriented market helped to strengthen this positive development over the long term and caused the number of overnight stays to grow by 250 per cent,” states Sommer.

Development of Cologne as a tourist destination

His successor Dr. Jürgen Amann, who has been the CEO of the Cologne Tourist Board since early February, points out the destination’s strengths and its future tasks as follows: “As the latest figures attest, Cologne is a very popular travel destination. In addition to the quantitative measurement parameters, we want to increasingly take qualitative factors into account in the future. Cologne has big advantages as a centre of science and congresses, as well as having an outstanding cultural landscape. Added to this are its life-affirming spirit, which no other city can match. One of our goals for the years ahead is to keep these advantages in the spotlight over the long term and provide travellers with digital inspiration before they decide on a destination. By transforming our destination marketing into sustainably operated destination management, we want to make a valuable contribution to the city as a whole for a long time to come.”

From March 4 to 8, the Cologne Tourist Board will showcase Cologne as a travel destination at ITB Berlin, the world’s leading travel trade show.