Real World Places You Can Visit In Video Games 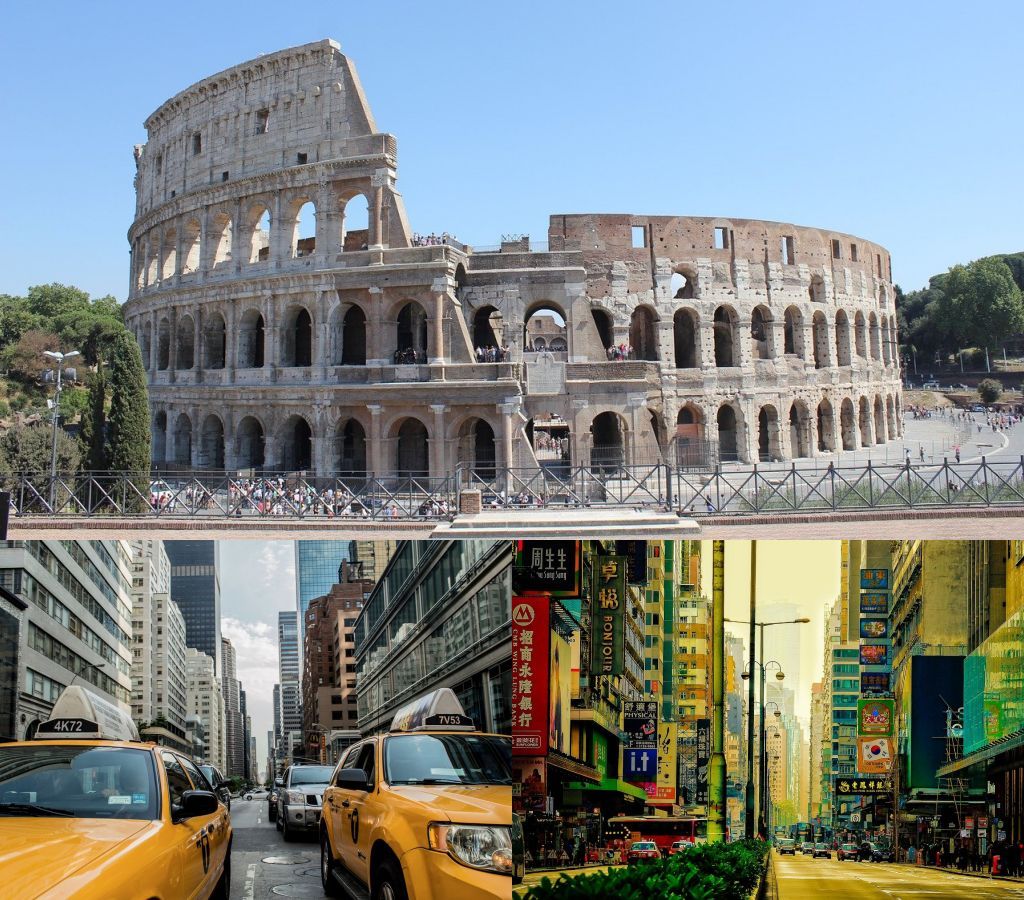 When you play a video game, you’re taking a long trip to a virtual world that could be in a fantasy realm, back in time or even 1000 years in the future - the possibilities are endless.

But what if you fancy a trip to somewhere that isn’t fictional - that you could actually visit if you wanted to? Well, there are plenty of games you can play that use the real world as their setting - including places that you may have already visited.

Here’s a list of some of the coolest locations you can visit in the game - and who knows, maybe you’ll get to see them with your own eyes at some point, you can find out more information on this at csgobook.com!

One of the most famous sights in Rome - if not the whole of Italy, is the Colosseum. Whilst you may have already travelled there and seen this impressive structure, one of the annoying aspects of visiting a well known landmark can be other tourists.

Thankfully, the full splendour of the Colosseum can be enjoyed in Assassins Creed: Brotherhood. Whilst there are a few NPC’s that wander around the interior of the once bustling Amphitheatre, other than that you have absolute freedom to explore the building as you wish.

The developers of the game couldn’t make the structure totally to the specifications of the real colosseum though thanks to the technology they were working with, but these changes aren’t enough to ruin your in-game experience of it. You even get to do a few missions in there, which help you in exploring every inch of this majestic building.

If you’ve ever wanted to take a trip and experience a thriving city in Hong Kong, you definitely need to check out Sleeping Dogs. In the game, Hong Kong is rendered absolutely incredibly.

You’ve got the reflections of the neon lights glistening in the puddles on the floor, a wide range of supercars lurching by you as your stroll along the sidewalk, street vendors trying to get you to buy their delicious looking noodle and pork buns and you can even head to a karaoke bar for some sing along fun.

The story will take you all over the map, giving you the chance to view and enjoy totally different zones in the game and get a truly authentic experience of a virtual Hong Kong.

When Fallout 3 came out, a lot of people spent plenty of their time just getting lost in the incredible environment. Set in a post-apocalyptic Washington D.C., it is astounding how true to the real place Bethesda made the playable area.

Whilst they had to shrink distances between places down a bit to make the map traversable, We wouldn’t be surprised if you could actually be able to navigate around the real life Washington D.C just from the knowledge of the map in Fallout 3.

The mutant blasting gameplay is excellent - especially fighting them off of the Washington monument. But what really caught our attention was the sheer level of detail in the Georgetown areas, as well as Takoma Park. Both of these neighbourhoods conjure up different feelings for you when you’re fighting through them and you’ll take a second to stop and take the sights in.

The Reichstag - Call of Duty: World at War

A barnstormer of an FPS game, Call of Duty: World at War pulled no punches when it came to portraying the horrors of the second world war.

The final mission featured the looming headquarters of the Third Reich, You play as a soldier from the Russian front, storming the building as you fight your way through to one of the most monumental buildings from WWII.

The action is thick and intense but you can stop to take a breather every now and again to have a look around the surroundings and take in the sheer fact that this actually happened. Whilst not everything about the Reichstag is totally realistic - it is set in the past and a big budget video game after all - there’s enough detail to make you feel like you’re actually there.

With technology getting better seemingly every year, it’s no surprise that we can now create replicas of entire cities with almost pin point accuracy. New York City is no exception, and this game captures the distance and scale of New York perfectly.

It’s not an actual 1 to 1 a player has actually measured the distance in the game between Battery Park and Harlem and it came out as just under half the distance than it is in real life, The atmosphere of the big apple is captured flawlessly, with different neighbourhoods having different feels.

Doing what the prequel did but even better, Red Dead Redemption 2 captures the spirit of the old west in a way no other game ever could - or probably will.

Whilst you can't exactly visit the sites of the game exactly as you see them on there (the game is set 100+ years ago), you can easily take a trip out west and visit some of the more famous landmarks you find on your adventures.

You probably won’t have to visit these landmarks though - the game is ridiculously realistic and booting up the game is essentially like living in the wild west, way back when it was filled with outlaws and damsels in distress.