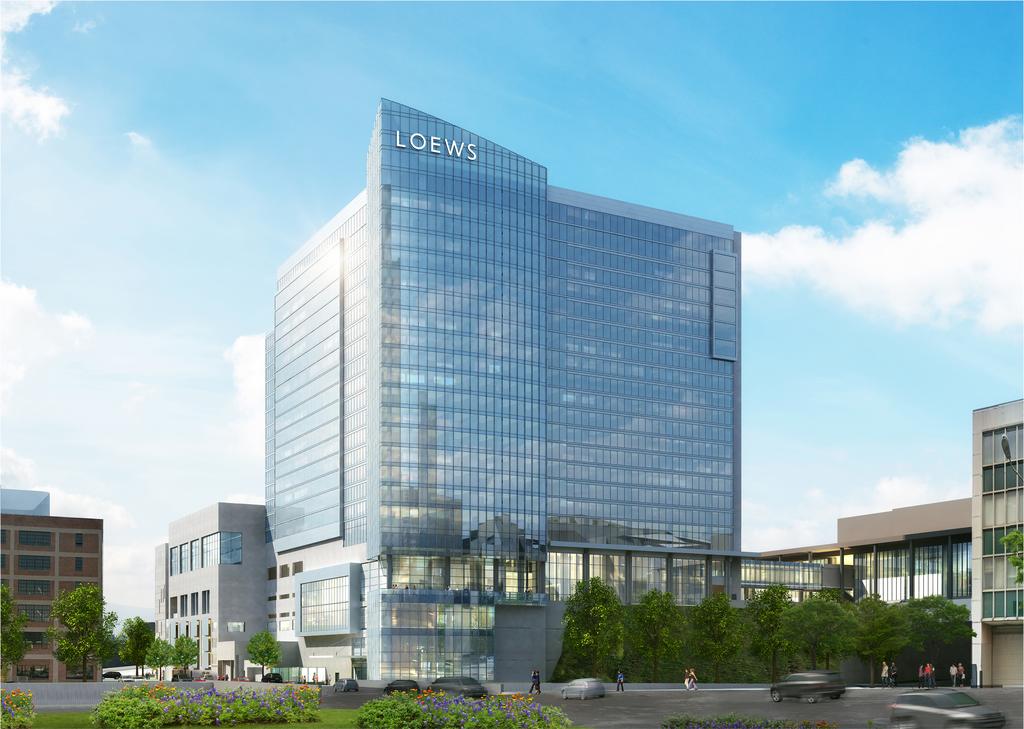 Loews Hotels & Co, a New York based hospitality company, debuts its latest property with 800 guestrooms and 60,000 square feet of meeting and event space, which connects directly to the Kansas City Convention Center via a new connector bridge.

The hotel will be owned and operated by Loews Hotels & Co, a wholly owned subsidiary of Loews Corporation (NYSE:L), and was developed by KC Hotel Developers LLC.

“As an owner and operator, Loews Hotels & Co has the advantage of deciding when and where we build hotels. Today is one of those days where we look back and are proud of our decision, as we officially open Loews Kansas City, a hotel which has been in the works for more than seven years, starting with a vision city leaders had to continue the revitalization of downtown,” said Jonathan Tisch, chairman & CEO, Loews Hotels & Co. “Given what has transpired over the past several weeks, our opening is going to look a little different than we originally anticipated. However, at Loews Hotels we not only believe in Kansas City, MO, we also believe in this project and its long term contributions to the destination, and look forward to celebrating and honoring all those involved later this year.”

Loews Kansas City Hotel is the first full-service hotel to open in downtown in more than 30 years. The hotel is also in walking distance to key area attractions and other destination landmarks such as the Kansas City Power & Light District, Sprint Center, KC Streetcar and the Kauffman Center for the Performing Arts.

Each of the 800 guestrooms at Loews Kansas City feature floor to ceiling windows offering stellar views of downtown and city landmarks. Design touches include subtle nods to TWA, the former Kansas City based airline, coupled with open spaces and modern touches. The hotel is also participating in the KCMO One Percent for Art Program, celebrating and highlighting photography and art of local artists, including Beth Houts, Carry Esser, Heinrich Toh, Andy Gershon and more. Their work will be prominently displayed throughout the 6th floor mezzanine level.

The hotel will serve as the destination’s place to convene and be seen for groups and meetings of all shapes and sizes, and will also serve as the official HQ hotel for the Kansas City Convention Center. The 60,000 square feet of flexible indoor and outdoor space including a plush rooftop lawn, with a modern esthetic and practical functionality for planners and attendees. The meeting rooms, all named after local Kansas City iconic fountains, include the 27,000 square foot City Beautiful Grand Ballroom with views of downtown and floor to ceiling windows. Additional smaller ballrooms, breakout rooms and boardrooms will also be featured. The footbridge over Wyandotte Street will connect Loews Kansas City to the Convention Center Ballroom and Bartle Hall.

As KCMO begins to resume business, Loews Kansas City will follow. The hotel has new safety measures in place, ensuring the well-being of guests, team members and communities remain a top-priority.

“The experience is going to look a little different when we first open, as we will have limited services and amenities available, with a goal of adding outlets and more throughout the summer and fall,” said Brian Johnson, Managing Director, Loews Kansas City Hotel. “We want to assure customers, locals and visitors of the ongoing efforts we will be making on a daily basis, as well as new and enhanced procedures  in place, in order to provide a welcoming and clean environment here at Loews Kansas City Hotel.”

Food & Beverage will be prominently featured, placing emphasis on culinary excellence, hand crafted cocktails and creativity. The concepts of the bars and restaurants will celebrate Kansas City’s past and present and also will incorporate local BBQ and distilleries in the area. The hotel plans to launch the concepts later this summer, in the meantime, guests are able to take advantage of the Grab & Go coffee shop from 6am-2pm daily and cocktails and light fare in the Lobby Bar from 2pm-11pm daily.

JE Dunn, constructed the 24- story Loews Kansas City, with Cooper Carry Architects and Looney & Associates designing this first of its kind hotel in the downtown area.