Sustainability Themed Turkish Airlines Aircraft is in the Skies 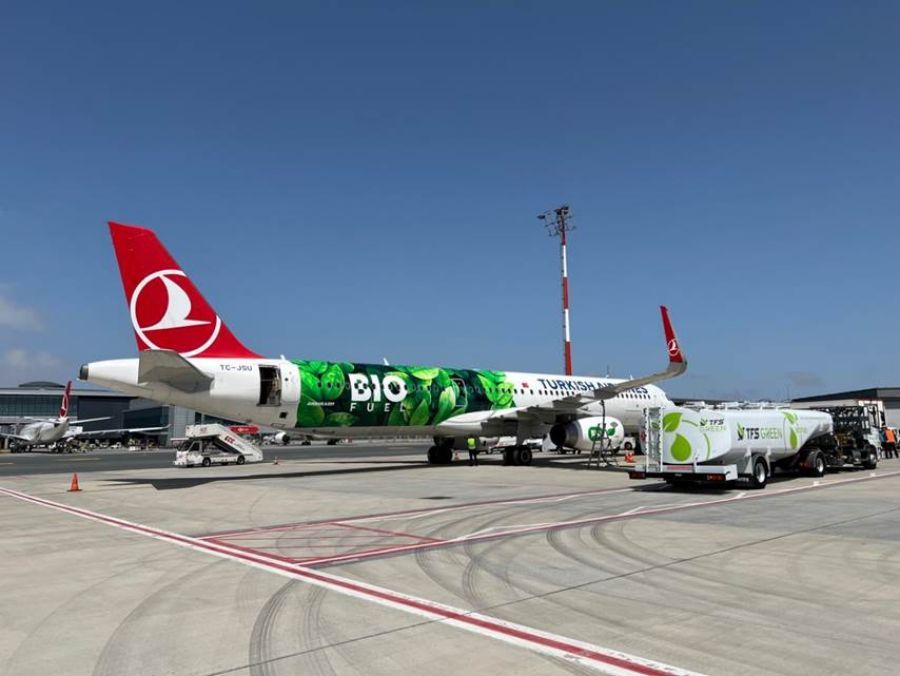 Flying to more countries than any other airline, Turkish Airlines introduced a special design element adorned with leaves on its Airbus 321 type TC-JSU tail numbered aircraft, which was used for its environmentalist fuel operation.

The global carrier operated its first flight with the new themed aircraft, flight TK1795, to Stockholm. In line with efforts to lead towards widespread use of environmentally friendly fuel, the flight used biofuel during its operation and was also undertaken with the zero-waste principle.

In addition to providing information on the sustainability actions with the Green Class concept of this first flight, the flag carrier also took new environmentally conscious actions. While kraft tissues, paper cups, wooden salt and pepper shakers were used on the flight, all passengers were served complimentary, healthy green tea. Other special measures included environmentally-friendly pillow covers and blankets, which were produced with 100 percent recycled certificated threads in order to save on water and FSC certified wooden toys gifted to child passengers.

On the environmentally friendly aircraft, Turkish Airlines Chairman of the Board and the Executive Committee, Prof. Dr. Ahmet Bolat stated: “As the national flag carrier of Turkiye, our newly designed aircraft is now in the skies to underline the importance of sustainability for us. With the biofuel expression on our aircraft, we wish to emphasize the significance of using sustainable aviation fuel as it is one of the biggest hurdles of aviation industry’s struggle against carbon emissions. Thus, we are supporting the biofuel manufacturing efforts and aim to increase our flights which use biofuel during their operations.”

The global carrier will continue its efforts to lower its carbon emissions with new generation aircrafts added to its already young fleet of 8.5 average age, while planning to add new cities that are served with operations using biofuel including Stockholm, Oslo, Gothenburg, Copenhagen, Paris and London.