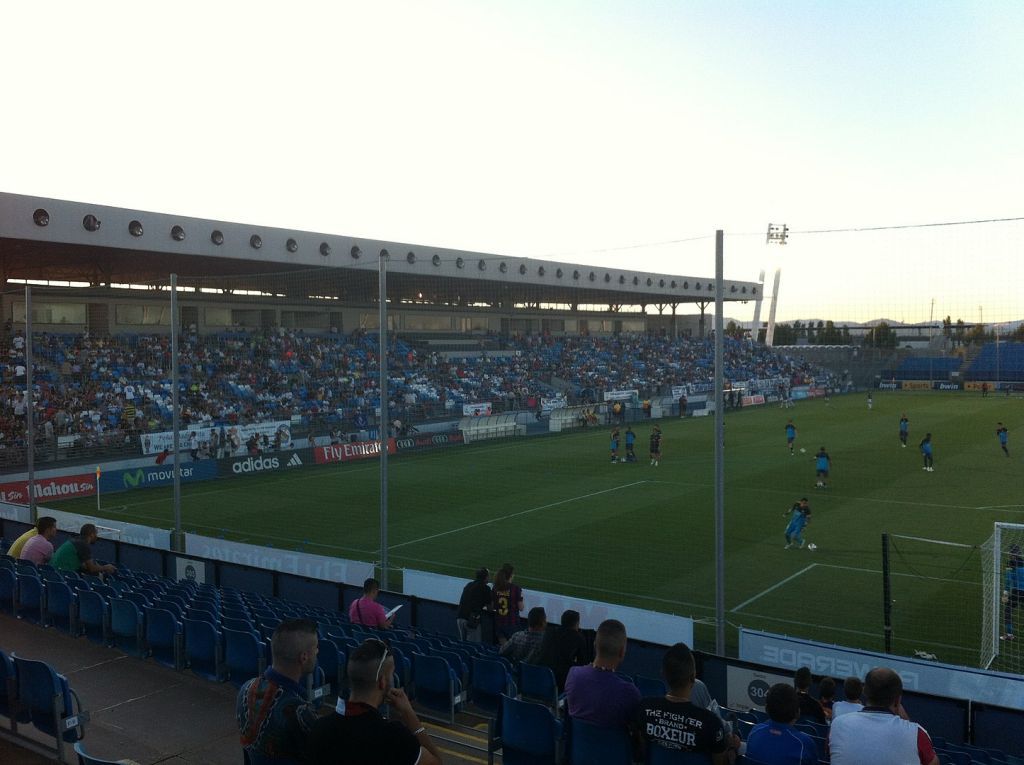 On June 14th, 2020, Real Madrid moved from the Santiago Bernabeu to the Alfredo di Stefano Stadium as renovations continued on their traditional home ground.

The 81,000-seater venue’s redevelopment will take approximately three-and-a-half years to complete and will cost the Spanish giants around £693.3 million in total. At the time of writing, the club hope to have their state-of-the-art arena ready for supporters by the end of 2022 or the start of 2023.

The Santiago Bernabeu has long been one of the most prestigious grounds in world football, and the ongoing redevelopment will only enhance the stadium’s reputation. In recent years, clubs like Tottenham Hotspur have been at the forefront of modern-day venue redevelopment with their 63,000-seater Tottenham Hotspur Stadium. Now, Real Madrid are seeking to move into the 21st century and upgrade their 73-year-old ground. When open, the Bernabeu will be a must-visit ground in sports tourism. So, let’s take a look at what's changing within the Spanish champions’ stadium.

Striving to be the Best in the World

Madrid currently play their competitive matches at the Alfredo di Stefano Stadium, which is located at their Valdebebas-based training complex. While it’s unclear how long the Spanish giants will be away from the Bernabeu, it’s unquestionably a short-term solution. With a capacity of 6,000, Real Madrid Castilla’s home venue couldn’t be more different from the Bernabeu, which is a breath-taking cauldron of noise and passion.

The renovated Santiago Bernabeu will be the “best stadium in the world”, as per the official Real Madrid website. The upgraded version of the much-loved ground will feature upgraded comfort, security, and technology. In striving to build the globe’s leading football arena, Los Blancos will set the benchmark in stadium renovation. While visually pleasing, Football Espana reports that the Bernabeu's redevelopment will improve efficiency, sustainability, and available revenue streams. Initially, Fiorentino Perez, the club’s president, wanted a hotel and shopping centre integrated into the designs, but those ideas didn't pass. However, the refurbished venue will include restaurants and shops, according to the Mirror.

In terms of infrastructure, Madrid’s state-of-the-art stadium will feature a retractable roof. Los Merengues had long planned to introduce a roof, with initial designs dating back to the 1980s. However, this never came to fruition because of the club’s financial situation, although that later changed during the 2010s.

The Santiago Bernabeu is usually Real Madrid’s home ground, and that is unlikely to change. In light of that, the venue is now becoming a must-visit location in the sports tourism sector. Not only can you visit the renovated 81,000-seater ground and watch the 34-time La Liga champions when it opens, but you can also take in the state-of-the-art facilities and breath-taking infrastructure.

A Fitting Ground for the Globe’s Most Popular Club

Instead of following in Tottenham’s footsteps and building a new ground, Madrid have embraced Liverpool’s approach to development. Over the years, the Reds have sought to stay true to their history and remain at Anfield. By comparison, Los Blancos are doing the same. This is somewhat because renovation ensures that well-known grounds retain their intimidating atmospheres.

It’s not incorrect to say that the most famous football clubs need the grandest stadiums. According to Goal, Madrid are the most supported football team, with over 252 million social media followers. From a financial standpoint, Los Blancos’ value grew by 27 percent between 2017 and 2018, making them the world's most valuable club, as we wrote at www.FTNNews.com. Furthermore, Zinedine Zidane’s outfit often features near the top of the annual highest-selling kit lists. With 13 Champions Leagues to their name, Madrid are the most successful side in the European competition's history. Such achievements have been paramount to their ability to attract a global audience base.

Of course, Madrid's passionate local fans sell out the Bernabeu, but the club’s unprecedented success makes them a well-followed global brand. Aside from social media figures, La Liga betting's availability at the best sports betting sites in India at www.Asiabet.org speaks volumes about the outfit’s appeal outside of Spain. The Spanish top-flight attracts plenty of betting action, as does the Champions League. This is because bettors can peruse an array of betting markets at platforms like ComeOn, Dafabet, and 22bet. These include accumulators, a game’s first goalscorer, the outright winner, and scorecast wagers.

Longing to Make History On and Off the Field

Real Madrid are no strangers to investing significant amounts of money on their playing staff, but now they’re dedicating available finances to redeveloping their much-loved home ground. Because of their football status, Los Blancos strive to set the standard on and off the pitch. As such, renovating the Bernabeu sets them apart from their rivals from an infrastructure standpoint. When they return to their famous stadium, the 13-time Champions League winners will hope to create new history in their state-of-the-art venue.