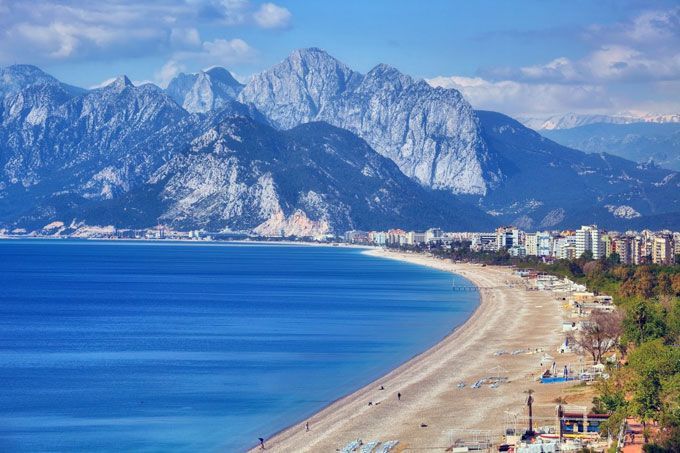 Greece and Spain are the most popular holiday destinations for Europeans this summer, according to TUI.

The Greek island of Crete takes first place. Gran Canaria, Rhodes, Tenerife and Antalya are also in the top five.

Last year, Greece was already the most popular vacation destination for TUI guests from all over Europe. Bookings also show that this summer the Canary Islands are ahead of the Balearic Islands in terms of popularity. TUI has around 21 million customers in Europe. All existing bookings from the most important European markets are included in the evaluation of the world's leading tourism group.

Crete is the top destination for German holidaymakers for the first time. The island moves up two places in the ranking compared to the previous year and replaces Majorca. Rhodes and Kos also each climb two places to occupy 3rd and 4th place. As in previous years, the Greek islands are the number one destination for Finns, Danes, Norwegians and Swedes, followed by Majorca, Antalya and Cyprus.

Belgian and Dutch TUI holidaymakers are heading in particular to Antalya and the Turkish Riviera this summer, while the two Greek islands of Crete and Rhodes as well as Majorca and Tenerife are also highly popular. French holidaymakers have chosen Sicily as their favorite destination this time, followed by Greek and Spanish destinations. However, the French are also keen to holiday within their own country this summer.

The TUI Holiday-Atlas shows: Greece and Spain are strong in demand. Greece is starting the new season with the tailwind of last summer. Low infection rates, comprehensive hygiene measures and a wide range of offers had already made Greece the most popular destination in 2020. In Spain, the Canary Islands lead the way in terms of bookings. An increase in bookings for the Balearic Islands is still to be expected in the coming weeks. An increase in bookings is also expected for Turkey. This is shown by the evaluation of search queries on TUI's booking pages in the various countries of origin.

Furthermore, there is an increased demand for higher category hotels and room upgrades. The willingness to treat oneself to something more this summer shows Europeans' longing for holidays and the continued desire to spend vacations in other European countries.