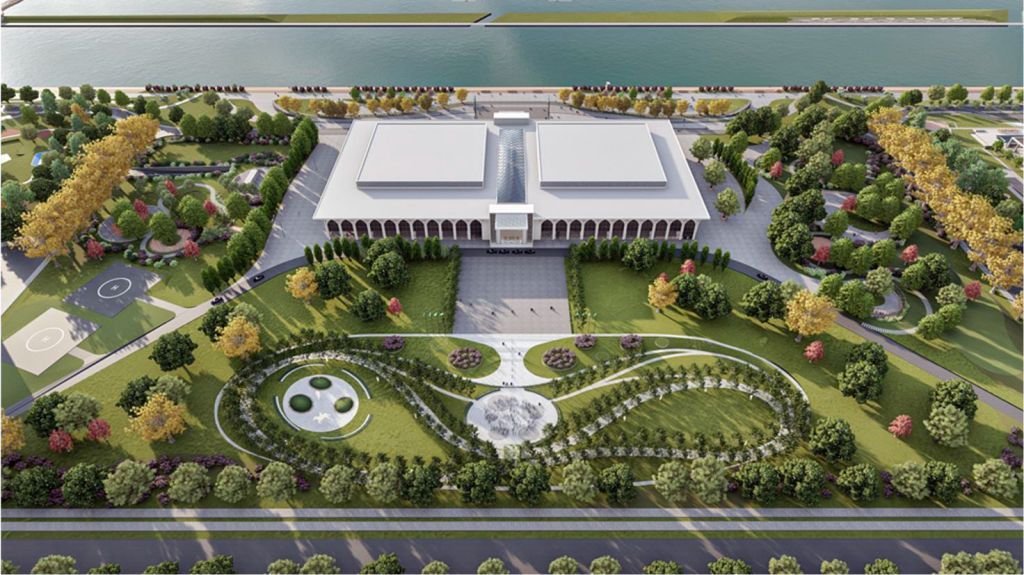 Silk Road Samarkand, a multifunctional tourist complex designed to become a modern attraction not only of the city of Samarkand, but also of the entire Central Asia, will be opened for visitors next year.

The new complex, which is planned to open in the first half of 2022, will house world-class hotels, specialized boutique hotels, contemporary public spaces, parks, recreation and sports areas, authentic restaurants, cafes and bars, as well as the International Congress Center and sites of cultural interest.

The state-of-the-art project developed by an international team of architects and engineers will allow for combining various thematic zones into a balanced architectural ensemble without parallel in the entire region of Central Asia.

The scale and significance of Silk Road Samarkand are to make it a well-deserved follow-up to the sublime monuments of the past and a driver of tourism development in the region. The name of the center was selected deliberately: the routes of the Great Silk Road passed through the territory of current-day Uzbekistan from the 2nd century BC until the 15th century AD, and ancient Samarkand was one of the most important points for trade caravans.

The new complex is located in the eastern part of the city and covers an area of over 640 acres. It centers around the affluent waterway of the Samarkand rowing canal, which in Soviet times served as a training base for the USSR national team and a venue for All-Union competitions.

The complex includes multiple various zones. To the north of the rowing canal is a Business Cluster, including the Congress Center and four upscale hotels with beautified territories. The Southern Cluster includes four boutique hotels, each operating in their own medical and sanatorium area of activity, as well as an eco-village, the Eternal City historical and ethnographic complex, and some shopping areas. 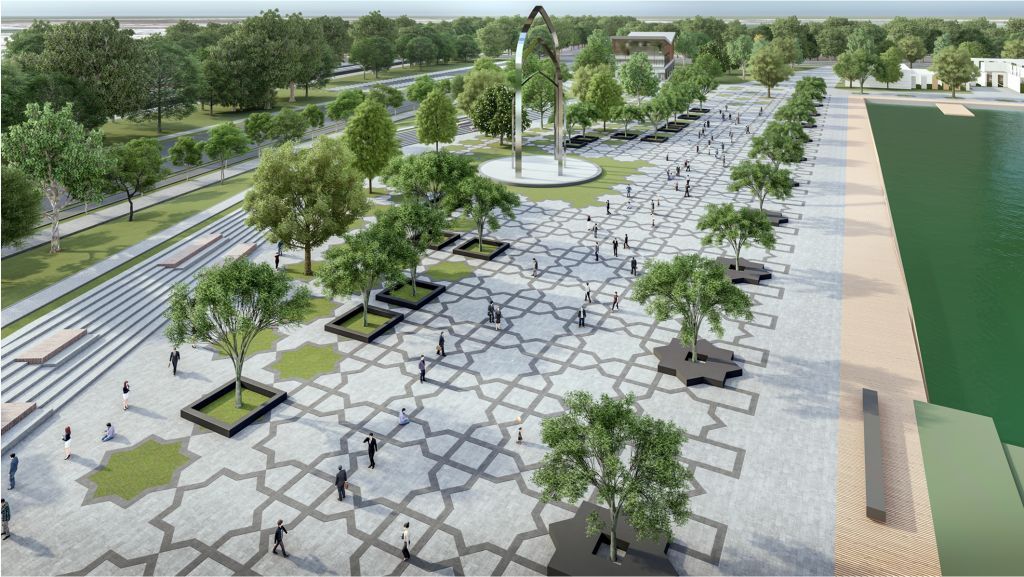 Silk Road Samarkand has eight hotels, four each on the northern and southern banks of the rowing canal. They will provide for a total of about 1,200 rooms. To the left of the Congress Center, a 22-storey five-star Samarkand Regency Hotel with 234 rooms, including executive suites and two presidential suites, will be put up. This is the first and only hotel in Central Asia being part of LHW, the world's leading hotels association.

Savitsky Plaza, a hotel named after Igor Savitsky, an honored artist of the Uzbek SSR and a collector of avant-garde art objects, is distinguished by its one-of-a-kind interior design and has 179 rooms available for the guests.

Other hotels of the highest category include Silk Road by Minyoun with 242 rooms and Stars of Ulugbek by Lia! Minyoun, named after the great astronomer and mathematician of the Timurid era, counting 174 rooms. Both buildings are managed by the leading Asian hotelier Minyoun Hospitality.

At the International Congress Center, a multifunctional hall, presidential and VIP halls, rooms for delegations and meeting rooms, as well as banqueting room and exhibition hall will be available.

The medical cluster of four boutique hotels will be located to the south of the rowing canal. Each of them specializes in a certain type of medical services: preventive medicine, detox, joint and spine treatment, and pulmonary medicine. The second floors of the hotels are allocated for health centers. In addition to medical and treatment rooms, the hotel guests will be offered the services of a cosmetician, massage, mud therapy, therapeutic showers, infrared sauna, pressure chamber. The offered programs are developed for 3, 7, 10 and 14 days of stay. The hotels of the cluster will have a total of 366 rooms.

Over more than 10 hectares, the image of an ancient city has been recreated, inviting guests of the resort to experience the history and traditions of the lands and peoples of Uzbekistan. Artists, artisans and craftsmen will "settle" on the narrow streets. Visitors to the city will be offered to try national cuisine from different eras and regions of the country and watch authentic street performances. The Eternal City will provide guests with an exceptional opportunity to find themselves at the borderline of Parthian, Hellenistic and Islamic cultures, and observe the diversity of the bygone centuries' heritage with their own eyes. The author and curator of the project is the famous modern Uzbek artist Bobur Ismoilov. 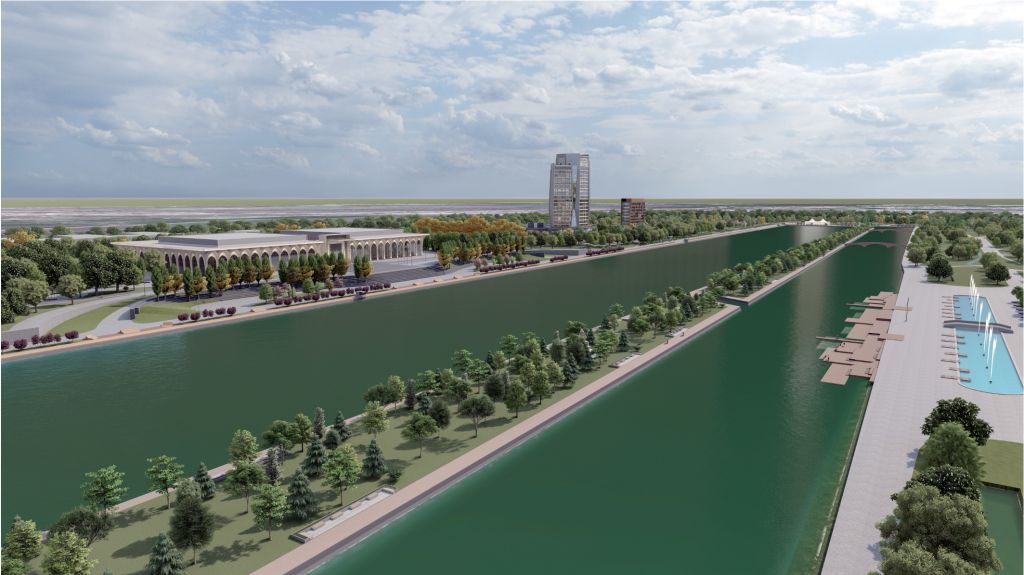 The Place of Attraction

Resort guests will enjoy green pedestrian zones, open spaces and a well-designed environment. The entrance will be decorated in traditional motifs reminiscent of the majestic arches of Registan. Sports grounds and bike paths, the Volcano aqua zone with swimming pools and a variety of cafes and bars are sure to become a place of attraction. Bicycle rental will be available.

“Samarkand was a major stop on the Great Silk Road, a place where entire civilizations crossed. We believe that Silk Road Samarkand will become a center of international tourism, where residents of the city, tourists, travelers and businessmen from all over the world will be able to spend time with pleasure and benefit. I am sure that the opening of the complex will launch a new era in the history of tourism in Samarkand,” said Artyom V. Yegikyan, General Director of Managing Company Silk Road Samarkand.

The complex is easily accessible by transport: it takes 20 minutes by car to get there from the historical center of the city, 15 minutes from the international airport and 25 minutes from the train station. The project includes the construction of a road junction and a bypass bridge. You can get to the resort both by car (parking lots are available) and by special shuttles that will be launched when the center opens.