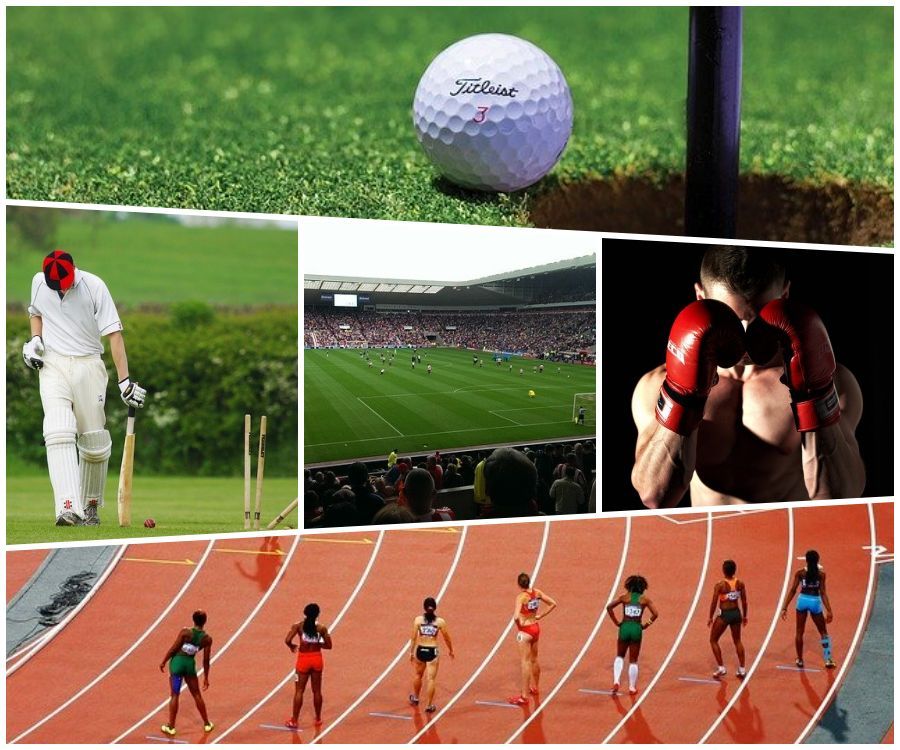 Sports, travel, and tourism go hand-in-hand. Whether it’s professional sportspeople and officials attending tournaments and events or fans thronging a country to witness a global sports showcase, sports tourism is now an established niche in the travel industry.

The United Nations World Tourism Organization describes the over 500 billion pound industry as one of the fastest growing sectors in tourism and travel.

And it’s not only the Olympics, Indian Premier League, FIFA World Cup, or other similar major events that are driving global travel, but also high school sports, team travel, and amateur competitions. But which are some of the heavy-hitters of sports tourism? Here we look at five international events that should be on our bucket list.

With all the travel logistics, you usually take for granted being ratcheted up to an Olympic level, attending the Olympics can be both a thrill and a challenge. Even before the games begin, host cities usually put on a massive display for sponsors and exhibitors to display their products. These displays usually happen close to the main Olympic stadium, with mascots running around, live events from international stars, and interactive games and exhibits.

Olympics teams often travel with massive entourages of officials, supporting staff, and administrators. The show organisers and broadcasting teams also travel with teams and equipment. Such a massive influx of people requires transport, venues, hotels, food, and other resources that can boost the local hospitality, travel, and logistics sectors. Most host cities are exceptional travel destinations in their own right, and a lot of sports fans get a feel for the host city and country while they are there.

The FIFA World Cup comes around once every four years, but to most football fans, the action is always over far too soon. The tournament is the same every time, with 32 national football teams heading to a host country to compete in the beautiful game’s greatest spectacle. Like most other global sports events on this list, the FIFA World Cup brings together a mixed dish of people and cultures that would, otherwise, rarely mix.

The festival atmosphere also always manages to drag other industries into the mix. Fans are always on the lookout for the best free football betting tips before they head to their favourite online sports betting sites. A variety of sponsors from every part of the world, including an official beer partner, are also keen to be part of the action.

Cricket is undeniably India’s most popular sport. With each edition of the Indian Premier League, the influx of travellers to the host cities surges significantly. With an average attendance of over 50 000 fans per match, the IPL only comes second to the NFL. The rise in travel is also fuelled by attractions like the Taj Mahal, as a lot of tourists combine their holidays with the IPL league. While most matches are hosted in cities like Bangalore and Chennai, Pondicherry and Mysore also record a corresponding boost in hotel occupancy rates.

An old golf industry saying jokes that all games are local. While the saying is mostly true—most golfers play within an hour of their homes—golf travel is a significant part of the industry. However, in 2018, the National Golf Foundation reported that over 8.2 million golfers played while they were travelling for leisure or business. Plenty more aspire to enjoy that special golf adventure every couple of years. Whether it’s a solo journey, family vacations, buddies’ trips, or couples getaways, golfers seem to enjoy travel and overnight stays. The golf travel industry earns from accommodation, playing fees, food and beverage, as well as entertainment expenses.

Whenever the Ultimate Fighting Championship (UFC) and other Mixed Martial Arts tournaments are held, a city gets international exposure and attracts visitors who’d have otherwise not have travelled to it. UFC tournaments are typically expected to lure over ten thousand fans and spectators. When fights are held in cities like Las Vegas, even some gambling activity comes to a standstill. Hundreds of hotel rooms are occupied by competitors alone. Sponsors, technical teams, and families also add extras to the bonanza for restaurants, hotels, retailers, and casinos.