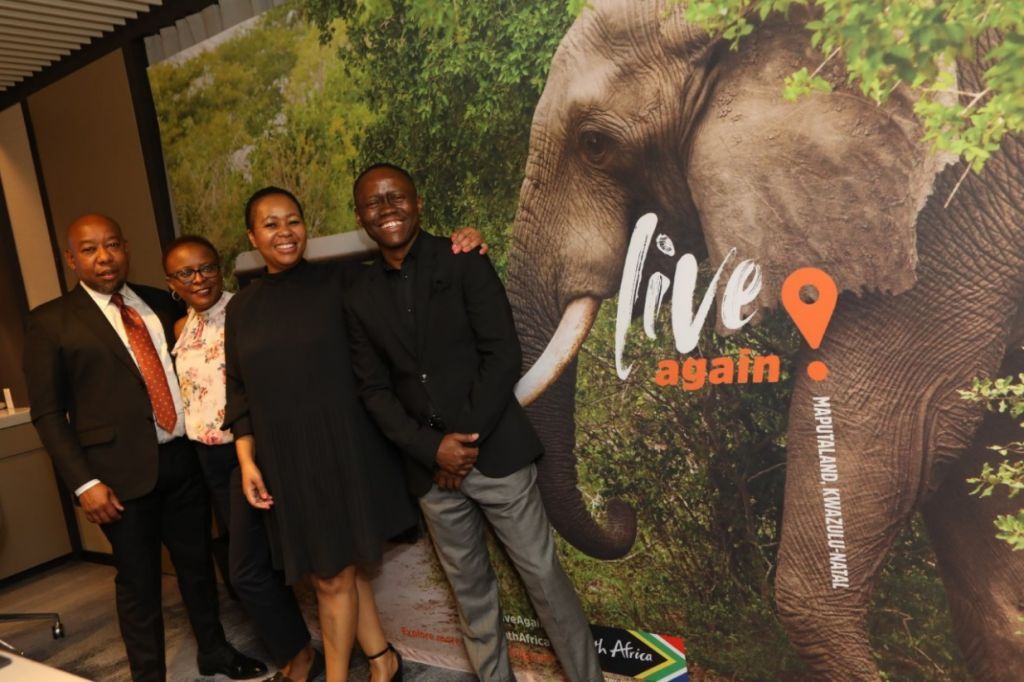 Building on the enthusiastic response from the recent report that the US was South Africa’s top source market for overseas travel in 2021, top executives from South African Tourism launched a series of Global Advocacy Engagements in the United States.

South African Tourism executives are visiting Los Angeles, Las Vegas and New York City to help build on that momentum with trade, media and stakeholders in this important market.

While in Los Angeles meeting with the South African Consulate General, media and stakeholders, acting CEO Themba Khumalo, shared that arrival figures for 2022 continue to inspire optimism, with 76,994 Americans having already visited South Africa as of May 2022. US arrivals have shown an impressive increase of 391% year-over-year, representing 53% of arrivals in the same period in 2019.

In the wake of major announcements of new connectivity to South Africa, COO Nomasonto Ndlovu met with the South African Consulate General, South African Ambassador to the United Nations, tour operators, media and stakeholders including executives from both United Airlines and Delta Air Lines in New York City. These meetings continued the destination’s initiatives to strengthen relationships with its airline partners. Ndlovu commented that, “connectivity is the lifeline of any destination’s tourism efforts, and we are excited by the increased connections both United and Delta are bringing to South Africa. With this new connectivity and our ongoing marketing efforts in North America, the future for destination South Africa looks bright.”

Lastly, the North America Hub team wrapped up the engagements by joining the South African Consulate General in Los Angeles for a consumer activation at the grand finale of the HSBC World Rugby Sevens Series 2022.

As the programme ended, Jerry Mpufane, President North America Hub reiterated the destination’s enduring invitation to North American travellers noting that, “our beautiful country is open and ready to welcome them with our uniquely South African brand of warmth and hospitality.”